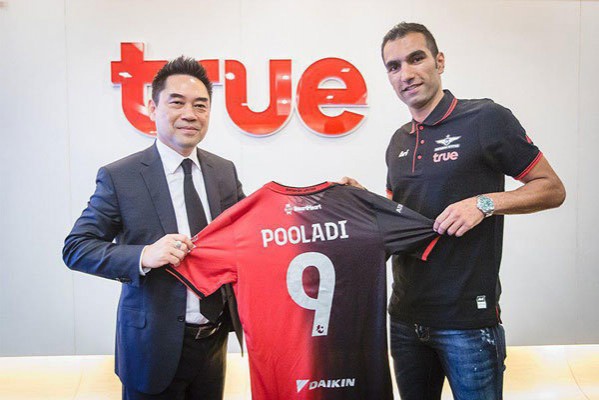 The former Team Melli player was a member of Al-Shahania of Qatar for three years.

The 30-year-old midfielder started his playing career in 2006 at Paykan and joined Esteghlal in the following year.

Pooladi was a regular player in Iran’s first-team in the 2014 FIFA World Cup and was named as the second best-ranked player in first week of the tournament behind Thomas Müller by FIFA, after receiving 9.7 points in the opening match against Nigeria.

He also showed a good performance in the next matches against Argentina and Bosnia and Herzegovina.

Pooladi also played for Team Melli in the 2015 AFC Asian Cup and received a controversial red card in the quarter-final match against Iraq by referee Ben Williams.