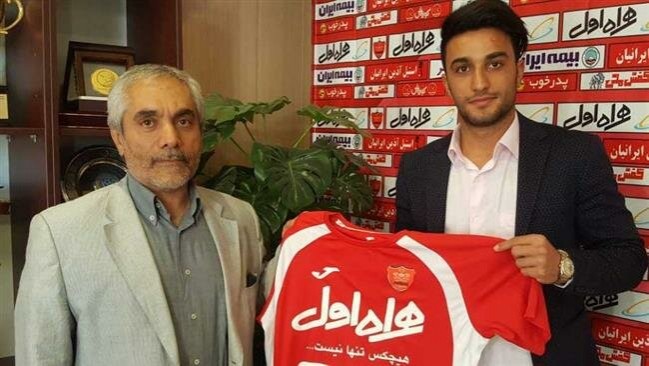 The 23-year-old penned a contract with the Tehran-based club during a ceremony on Thursday evening, and established himself in the Persepolis line-up for the next two years.

He played in Saipa squad during the 2011–12 Iran Football's 2nd Division, and jabbed four goals.

Ne’mati then moved to Moghavemat Tehran Football Club, and spent two seasons with the Tehran-based club.

He helped Moghavemat to win the 2013–14 Tehran Asia Vision U21 Premier League.

Ne’mati joined Paykan Football Club, which is sponsored by Iran's main automobile manufacturer Iran Khodro, in summer 2014 and made his debut against Naft Masjed Soleyman Football Club on August 14, 2014.

Esteghlal Tehran Football Club stands in the second spot in the IPL table, having collected 57 points.

Foolad Mobarakeh Sepahan Sport Club has landed in the fifth spot with 45 points.