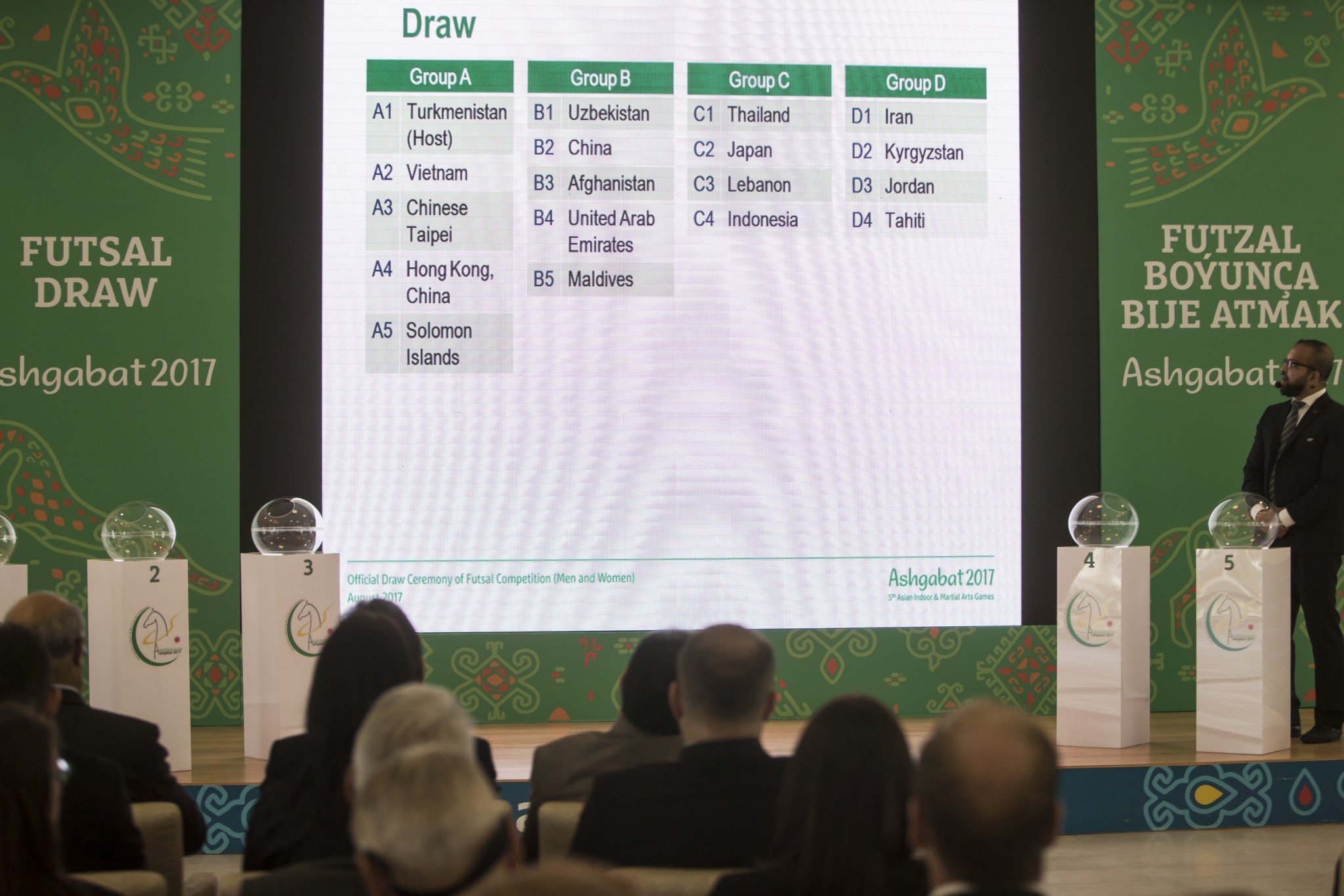 Insidethegames - Asian Football Confederation (AFC) Championship winners Iran will take on Kyrgyzstan, Jordan and Tahiti in the group stage of the men's futsal tournament at the 2017 Asian Indoor and Martial Arts Games (AIMAG) in Ashgabat.

Iran, who go into the event as one of the favourites having clinched the AFC Futsal Championship title last year in Uzbekistan, are the top ranked team in Group D.

Hosts Turkmenistan have been drawn to play Vietnam, Chinese Taipei, Hong Kong and the Soloman Islands in Group A.

Group B of the men's event features Uzbekistan, China, Afghanistan, United Arab Emirates and the Maldives.

The top two will qualify for the quarter-finals.

In the women's tournament, nine teams have been split into three groups of three.

Group A includes hosts Turkmenistan, Thailand and Palestine, while Iran, Hong Kong and Indonesia make up Group B.

Group C will consist of Japan, China and Vietnam. 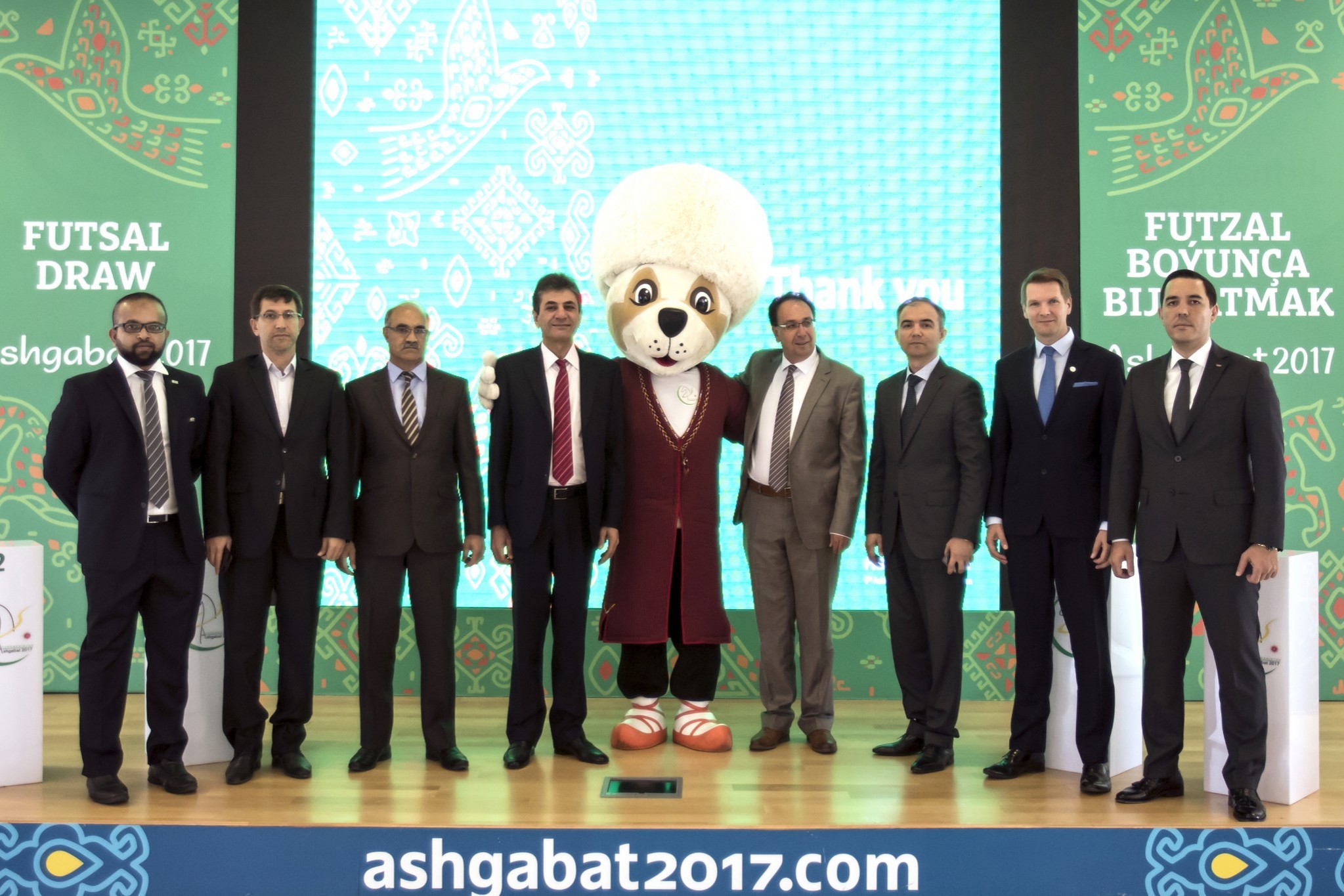 The draw for both the men's and women's futsal competitions at the 2017 edition of the AIMAG, which runs from September 17 to 27, was conducted at the Games headquarters in the presence of officials from the AFC.

James Bulley, chief executive of Ashgabat 2017, claimed the futsal event would be one of the highlights of the AIMAG.

"There is an unmistakable buzz throughout this wonderful city of Ashgabat 2017 and today’s draw only heightens that sense of excitement which has spread across Turkmenistan and the region as a whole," he said.

"Futsal is without doubt one of the most eagerly anticipated events that we are hosting next month, so I would particularly like to welcome our friends from the AFC.

"Together we look forward to delivering a futsal competition that will live long in the memory for all of us involved."

Futsal will take place from September 16 to 21 and September 23 to 26 at the Multifunctional Sport Venue.

The women's final is scheduled for September 25, with the men's gold medal match due to be held the following day.