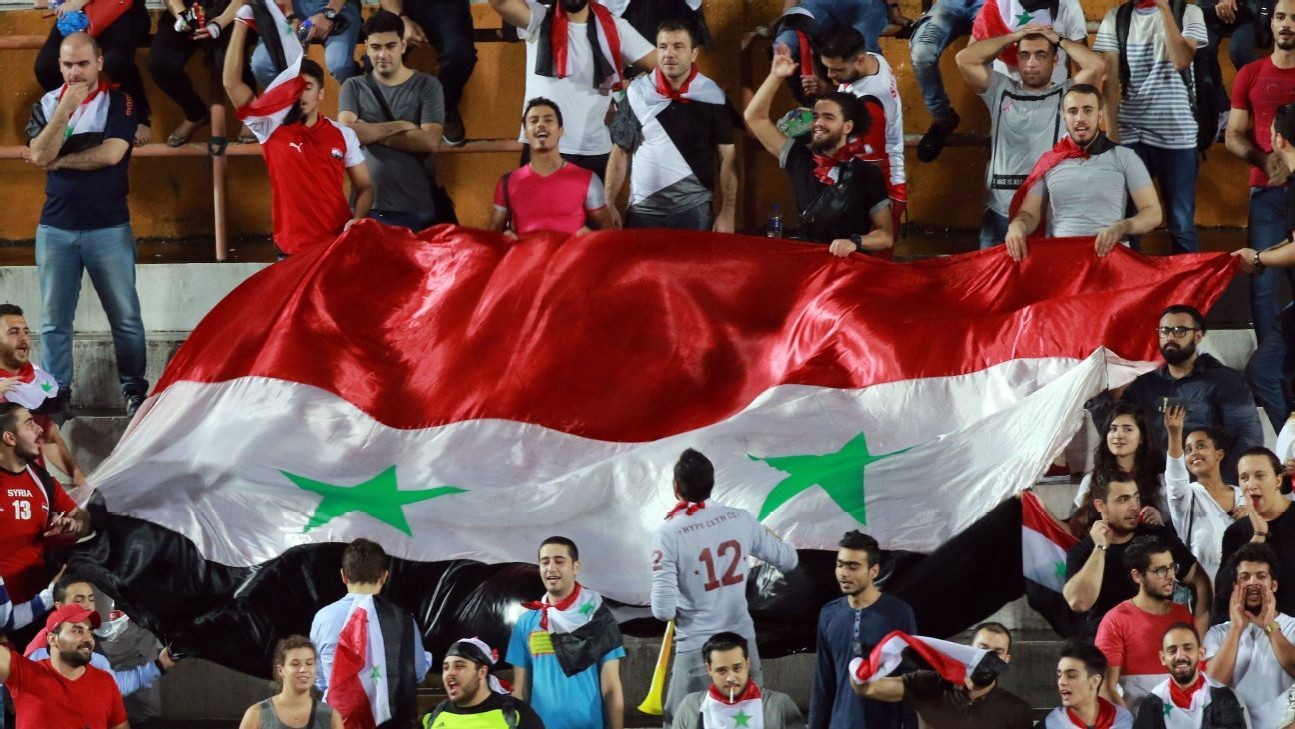 Espn - Syria are "ready to achieve victory" as they edge closer to World Cup qualification for the very first time, according to chief administrator Muwaffaq Fathallah.

The Qasioun Eagles are third in Group A of Asian qualifying after beating Qatar 3-1 on Thursday, despite being forced to play all their games in other countries.

The top two finishers in the six-team group will automatically qualify for next year's tournament in Russia, while the third-place team will enter a playoff.

If Syria beat Iran in their final group match on Tuesday, they will be guaranteed to finish at least third, but they could finish second and qualify directly depending on the result of the match between South Korea and Uzbekistan.

"Our team is ready to achieve victory and qualify Syria for the first time to the World Cup," Fathallah said. "We want the Syrian people to be happy."

Qualification would come as a welcome surprise for millions across the war-torn country, which has been devastated by the conflict.

More than 400,000 people have been killed and half the country's pre-war population displaced since the conflict erupted in March 2011.

The national team is made up of government-approved supporters, although at least one player was an opposition activist.

Striker Firas al-Khatib, often seen attending fundraising events for the opposition during his years in exile, returned to Damascus last month for the first time in five years -- receiving a VIP welcome at the airport.

"There is no better feeling than returning home," al-Khatib, who once said he would never again play for the government team until it stops its bombardment of opposition-held areas, said upon his arrival.

Ahmad al-Masalmeh, an activist based in the southern province of Daraa, said that he supports the national team because "they are carrying the name of Syria."

He said will watch the game against Iran, as he did with previous ones.

But an opposition fighter in northern Syria who goes by the name of Abu Dardaa al-Shami said he has no respect for the national team.

Mowaffak Joumaa, the head of Syria's Olympic committee and sports federation, told The Associated Press in Damascus that "every citizen has become a soldier in his own profession" and the players are doing their best for the country.

Joumaa said: "We are hopeful that they will achieve a good result in the match against Iran and would bring happiness to all Syrians on Tuesday."