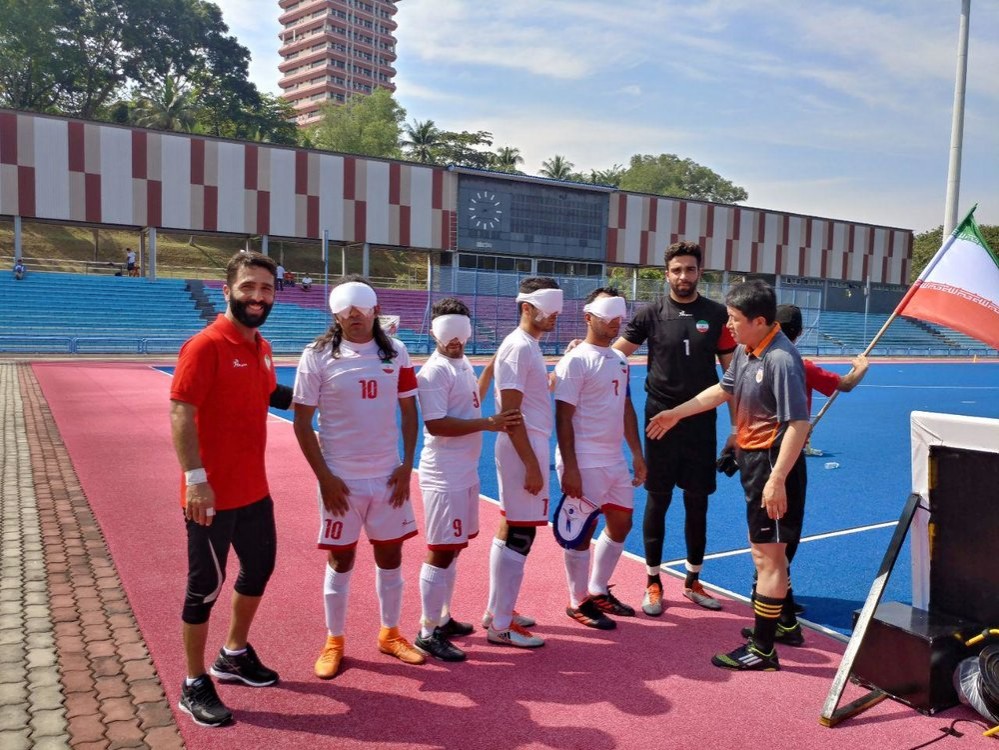 Reigning Asian champions Iran were made to work hard by Thailand in the semi-final.

The first half was a tight affair and there were no goals at half-time. But in the second minute of the second half Iran's No 10 Behzad Zadaliasghari struck a beautiful shot into the top of the net to open the scoring.

The lead didn't last for long, however, as Thailand's No 7, Panyawut Kupan, equalized from a free kick, his long-range shot from 15 meters squeezing under the Iranian goalkeeper and into the back of the net.

So it was 1-1 at the end of regular play and the game went into an exciting penalty shoot-out, with Iran coming out on top 3-2.

Earlier in the day, China overpowered South Korea 6-0 and secured a place in the final.

Iran and China, the finalists from the 2015 championships, will play in final on Sunday, while Thailand and South Korea face at third-placed match.

With Iran and China have already booked their places at the IBSA Blind Football World Championships in Madrid, Spain, next year, the winner of Thailand and South Korea will book the third and last berth.