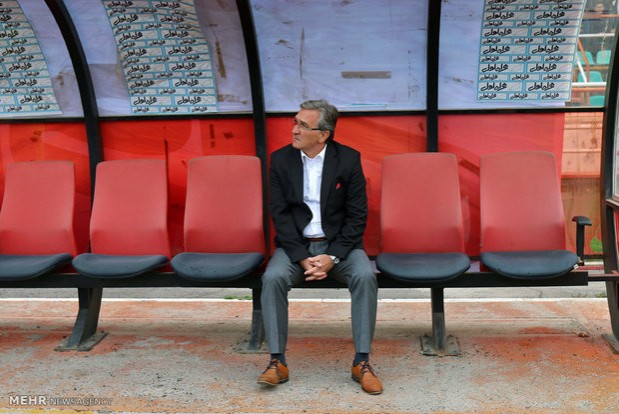 Persepolis claimed the IPL title with three games to spare on Saturday after defeating Padideh in Mashhad’s Samen Stadium.

Vahid Amiri scored the only goal of the match in the 77th minute.

Persepolis claimed the title for the second successive year.

“We knew that we would win the title from two months ago. I would like to congratulate our players, staff and the fans. I want to dedicate the title to our fans,” Ivankovic said in the post-match news conference.

“I hope we celebrate a splendid title ceremony in Tehran’s Azadi Stadium in front of our fans. I also want to thank my captain Jalal Hosseini since he has won six titles in Iran Professional League and is the most decorated player in Iran league,” the Croat added.

“I’m very happy because we won a difficult match in Mashhad. I feel very proud because all of this is the result of hard work,” Persepolis coach explained.