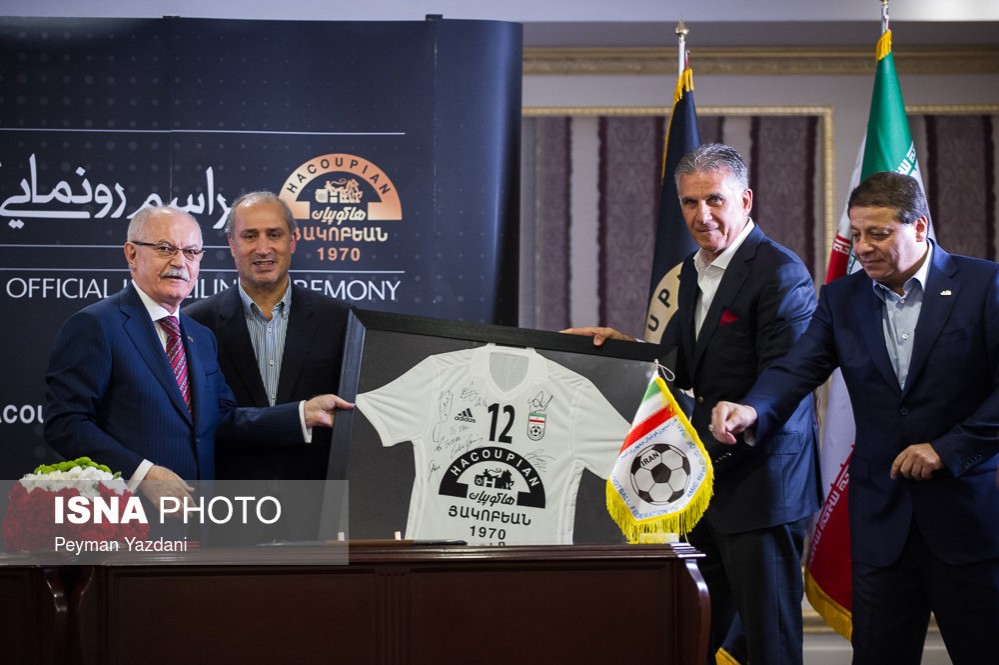 PLDC - Iran Football Federation president Mehdi Taj said: "We know which players will go to the World Cup and wear the teammelli clothes”, emphasizing that they have ordered the best clothes for them.

At the ceremony to unveil the official clothes for the Iranian National Football Team taking part in the Russian World Cup, Taj said they had signed a four-year contract with a credible Iranian brand to supply all the clothes for different national ranks, both for men and for women.

“We also have bid for the clothes and fortunately selected one of the best brands and entered into negotiations with them; we managed to sign a good contract qualitatively, quantitatively, and financially.”

Regarding the financial issues concerning the contract, he stated that through the present contract everything was fortunately free as compared with the past that they had to pay for formal clothes.

Mehdi Taj also commented on the clothes of the national team and added, "I repeat once again that in our negotiation with Adidas, they were expected to be our sponsors, but our domestic laws  prohibited us. We had to convert  the contract into a  commercial one. In fact,  70% is also paid through sponsorship and the remaining thirty percent is paid to Adidas by selling our clothes. In case this does not take place, we have to pay the remaining 30 percent ourselves.

He finally asserted that after the 2019 AFC Asian Cup,  they use Iranian brands.