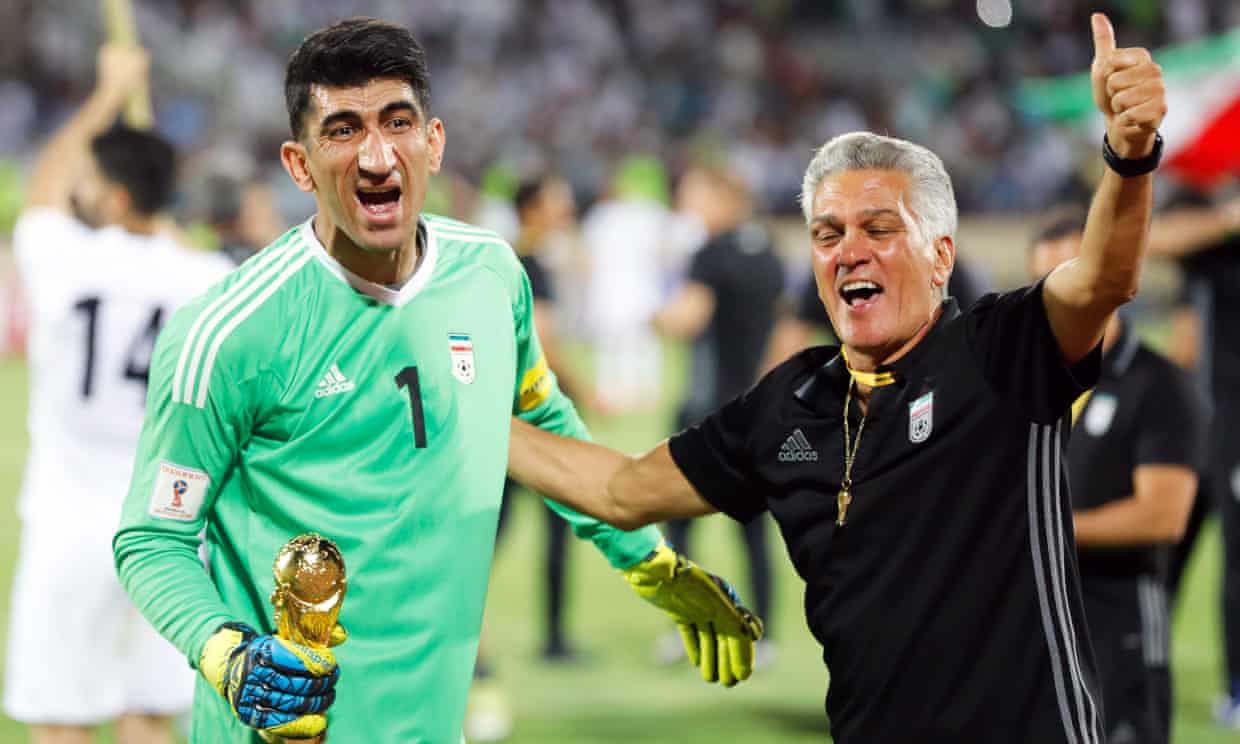 Theguardian - Goalkeeper ran away from his nomad family and worked in a dress factory, a car wash and as a street cleaner before making it.

This article is part of the Guardian’s 2018 World Cup Experts’ Network, a cooperation between some of the best media organisations from the 32 countries who have qualified for Russia. theguardian.com is running previews from two countries each day in the run-up to the tournament kicking off on 14 June.

After Iran’s first match at the 2014 World Cup against Nigeria the goalkeeper, Alireza Haghighi, took the headlines for his good looks. He suddenly became a sweetheart for thousands around the world.

Iran’s first-choice keeper for Russia 2018, Alireza Beiranvand, is not as handsome as Haghighi but his epic life story could be an inspiration for millions around the globe.

Beiranvand was born in Sarabias, Lorestan, to a nomad family always on the move around the countryside to find grassland for their sheep. Alireza was the eldest child so it was normal that he worked from an early age to help them. His first job was shepherding and whenever he found free time he played football and Dal Paran, a local game, with his friends. Dal Paran involves throwing stones long distances; you would not think that has much to do with football but years later it helped Beiranvand.

When Beiranvand turned 12 his family settled in Sarabias and he trained with a local side. He started as a striker but when the goalkeeper got injured he stood between the sticks and a brilliant save was enough to keep him there. Beiranvand decided he would be a goalkeeper but his father strongly objected.

Morteza Beiranvand thought, like many Iranian fathers, that football could not be a job and preferred Alireza to be a simple worker. “My father didn’t like football at all and he asked me to work,” Alireza told the Guardian. “He even tore my clothes and gloves and I played with bare hands several times.”

The young goalkeeper decided to run away and went to Tehran in search of a chance at one the bigger clubs in the capital.

He borrowed money from a relative and travelled to Tehran by bus. The “angel of success” was very quick to be kind to him – it was on the bus that he met a football coach, Hossein Feiz, who managed a local team. Feiz told Beiranvand that he would let him train in return for 200,000 Toman (£30). But the young keeper had neither money nor a place to sleep.

He spent nights around Azadi Tower, where many poor migrants gathered. One night a young salesman offered Beiranvand a room at his home and the goalkeeper accepted, only to change his mind on his way there and walk back to the club where he trained on trial every day. 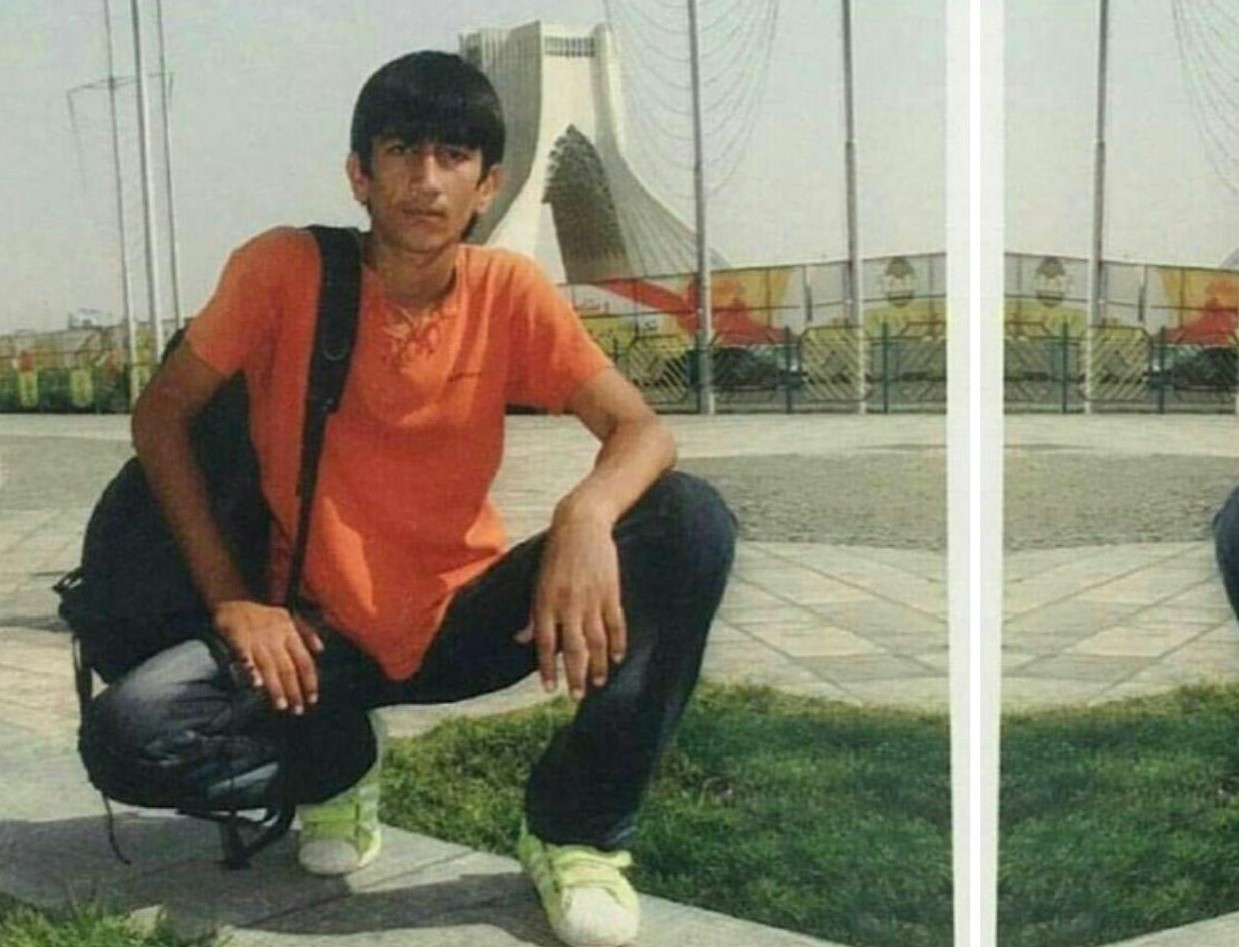 “I slept by the club’s door and when I got up in the morning I noticed the coins that people had dropped for me,” he said. “They had thought I was a beggar! Well, I had a delicious breakfast for the first time in a long while.”

Finally Feiz agreed to give Beiranvand an opportunity without him having to pay and asked the captain to support him. Beiranvand stayed at his colleague’s house for two weeks and then started working in a dressmaking factory owned by a father of another team-mate so he could sleep there at night.

His next job was working in a car wash and, because of his height, he became a specialist at washing SUVs. One day, though, he found himself in a difficult situation. The Iran legend Ali Daei turned up to get his car cleaned and Beiranvand’s colleagues encouraged him to speak to the former Bayern Munich striker to see whether he would help him to progress his football career. Alireza didn’t take their advice. He preferred to find his way by himself. “I knew if I had talked to Mr Daei he would have surely helped me but I was ashamed to speak with him and tell him about my situation.”

Soon after he met a Naft-e-Tehran coach and moved there. At first the club let him live in a prayer room but, after a while, they told him that he couldn’t sleep there any more. So he found a job in a pizza shop to have somewhere to stay at night. There, another challenging moment arose. His coach, who knew nothing about Beiranvand’s job, came to buy pizza. The goalkeeper did not want to see him but the shop owner forced him to serve and he left the shop a few days later.

Finding another job to have a place to stay for the night was difficult and finally he accepted to work as a street cleaner. Sometimes he had to sweep a grand park alone and it was tough to stay fit for matches. Sacked by Naft because he trained with another team and got injured, he left for Homa but the manager there was reluctant to give him a contract. Beiranvand felt his dream was dying. 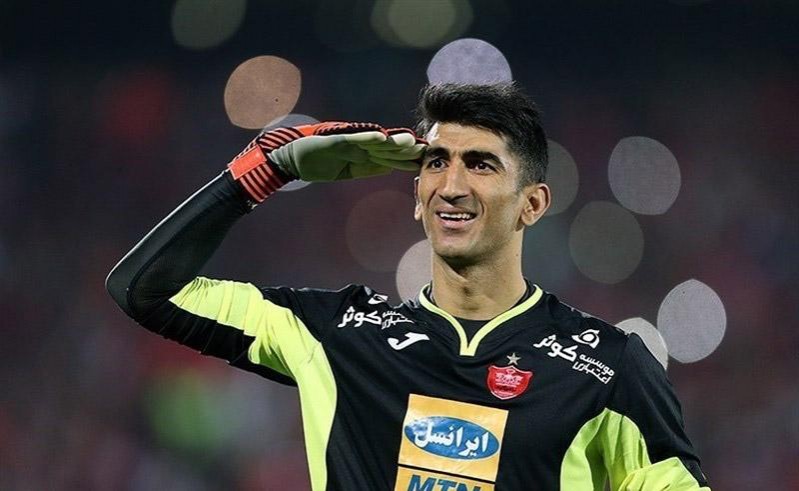 Then the Naft under-23 manager called and told him that if he had not signed for another club, he could return. “Maybe it was fate that the Homa manager didn’t want to sign me,” Beiranvand said. “If I had remained in that team, maybe I would never have reached the level that I’m at today.”

Beiranvand began to shine. He was selected for Iran’s under-23s and then became Naft’s first-team goalkeeper. But it was his childhood game Dal Paran that made him famous abroad in 2014. Throwing stones for several years enabled him to throw the ball much further than many other goalkeepers and his 70-metre assist against Tractor Sazi caught the eye of foreign media.

In 2015 Alireza finally became Iran’s first-choice goalkeeper and, with 12 clean sheets in qualifying, he helped Team Melli cruise to Russia 2018. “I suffered many difficulties to make my dreams come true but I have no intention of forgetting them because they made me the person I am now,” he said.

Now he has the chance to realise another dream: playing at a World Cup and perhaps moving to a European club. After all, for the nomad people, the journey never ends.