In the fifth minute, Mes Sungun’s Mortteza Ezzati applied heavy pressure on FC Sipar’s Zahir Kamyab, forcing him back into his own box which caused a scramble, and amidst the confusion Dilshod Salomov’s attempt to clear the ball crashed into his own goal.

Three-time AFC Futsal Player of the Year and Mes Sungun’s most recent recruit Ali Asghar Hassanzadeh then doubled their advantage three minutes later with a simple tap in through a corner set-piece, before Saied Taghizadeh made it 3-0 in the 11th minute with a superb volley from close range.

Being three goals down, coach Benyamin Eghbaly opted for the power play immediately after, which forced the Varzaghan-based club into a defensive position for the first time, but Mes Sungun retaliated by doubling the pressure that kept FC Sipar’s fifth attacking member on the bench.

Mes Sungun’s set-piece formation was sublime, with each player positioned in the final third to ensure a finishing touch and in the 15th minute, Touhid Lotfi slid the ball in when he was left unmarked in front of the goal.

Farhad Fakhim etched his name on the scoreboard a minute before the half-time whistle when he latched onto a loose ball and released a crackling strike near the second penalty spot to give Mes Sungun a comfortable lead going into the break.

Hassanzadeh turned provider three minutes into the second half with his perfect through pass that found Ezzati clear in front of the box and made no mistake to hit home.

Rustam Hamidov managed to pull one back for FC Sipar in the 30th minute, courtesy of Sobirdzhon Gulyakov’s pass, but Mes Sungun restored their six-goal lead with Hossein Tayebibidgoli scoring his first goal of the night four minutes later. 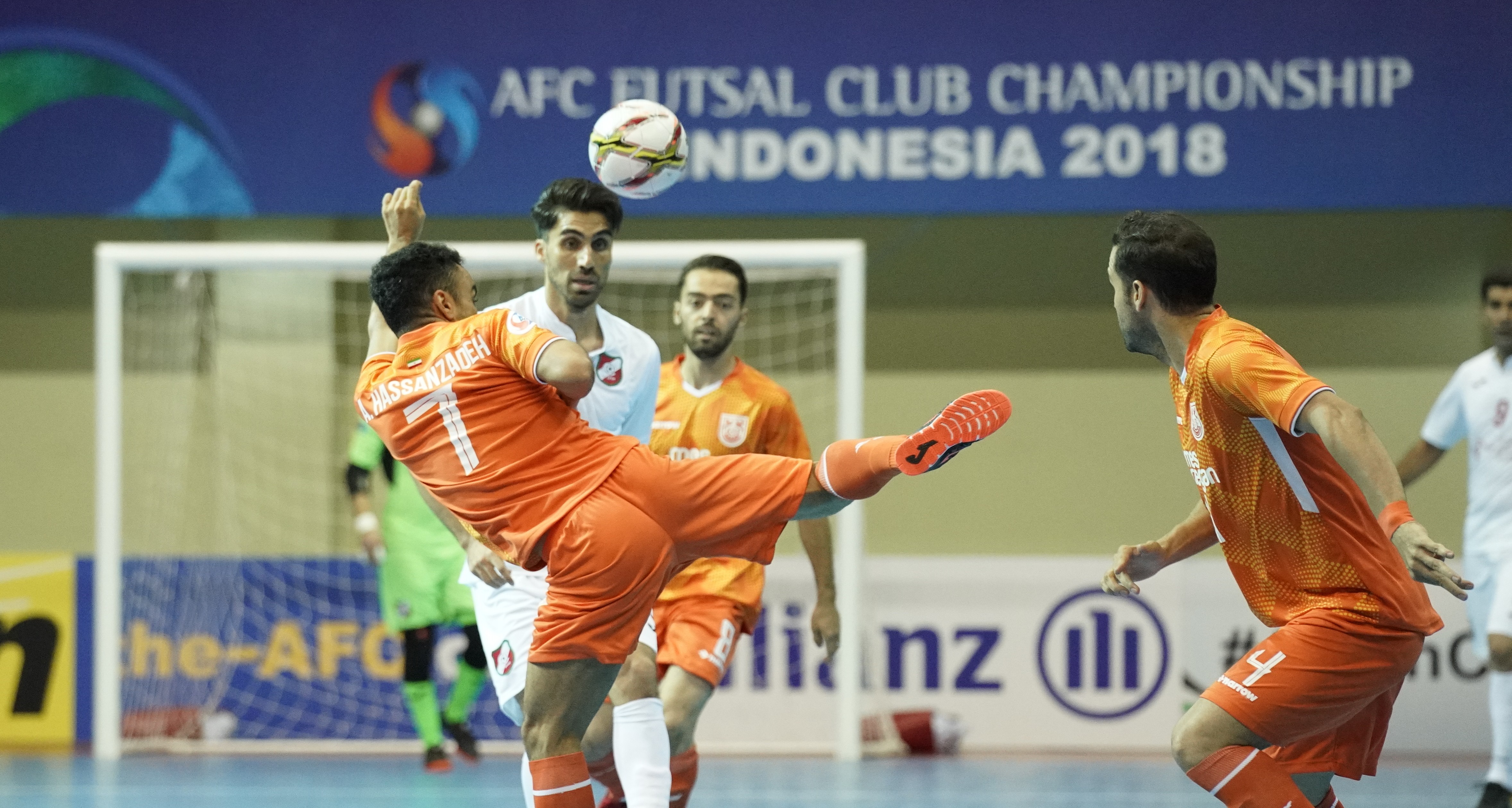 Reaching the final minutes of the match, Mes Sungun began to show more confidence in their moves around the court and found space in FC Sipar’s half to unleash long range shots. In one such instance in the 35th minute, Abolghasem Orouji discharged a strike that forced custodian Shukhrat Bibudov into a save, but Tayebibidgoli was in a perfect spot to secure a seven-goal lead.

Hassanzadeh added another assist to his name with a lob over ‘keeper Bibudov which was headed in by Tayebibidgoli in the 38th minute to complete his hat-trick.

However, it was FC Sipar who had the final say when they counter-attacked with 40 seconds left on the clock that saw Gulyakov surging down middle and beating Mes Sungun goalkeeper Saeid Momeni to end the match.

If you look at football tips  check out our football match previews.

"Usually, in the first game you would have difficulties because nobody knows what will happen but at the same time, we tried our best to use all of our players. We also tried to recognise the opponent's plays. Altogether, I'm satisfied and the next game will be much better. We will be watching the second game and understand them (AGMK FC), analysing them."

"For us in fact, it was a good game. We could learn so many things, and of course I wish my colleagues from Iran the best. But at the same time, we will try our best as well. Our next match is against Bank of Beirut from Lebanon and we have done a little study on them but have not analysed them very well. I hope we have enough time to analyse them and could do our best against them."