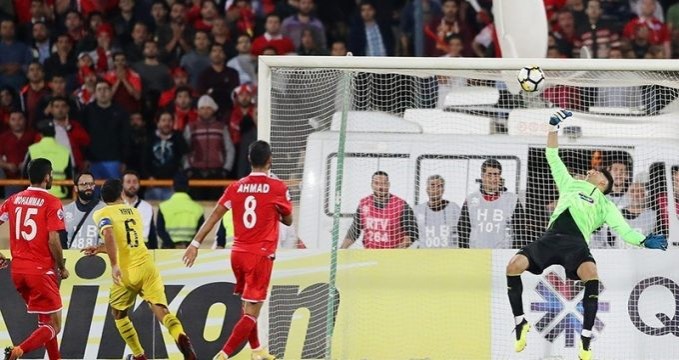 Persepolis qualified for the AFC Champions League final match for the first time after 1-1 draw against star-studded Al Sadd in Tehran’s Azadi Stadium, 2-1 on aggregate.

The game remained on a knife edge as the game entered its final 10 minutes and Xavi could have sent Al Sadd into the final, only to see his header tipped over the bar from a world-class save from Beiranvand.

“Really, I don’t know what to say. It was a great work we did. I think I saved the Xavi’s header due to the Iranian people’s prayers,” Beiranvand said.

“I am very happy to stay at Persepolis despite offers I received. Now, we are in the final and in my opinion to become runner-up is equal to elimination and we want to win the title. The Iranian people just want championship. Thanks a lot to Branko Ivankovic. We lost several of our players in the summer but Ivankovic led us to the final with empty hands,” he added.

Beiranvand saved a penalty from Ronaldo to deny Portugal a 2-0 lead in the final Group B fixture at the 2018 World Cup.

“I think to save Xavi’s header is more enjoyable than Ronaldo’s penalty. I helped Persepolis with millions of fans reach final with this save,” Beiranvand said.