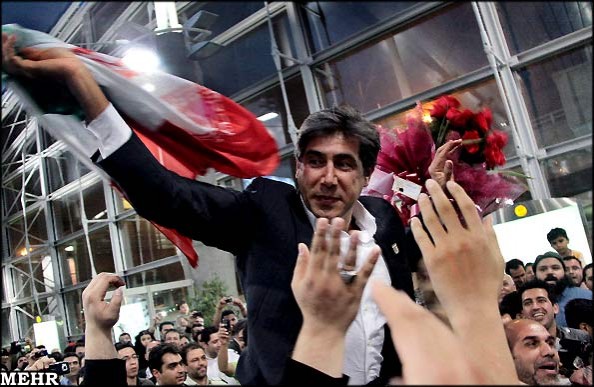 Tehran Times - Ex-Iran and Persepolis football teams head coach Afshin Ghotbi says he is proud of his Persian origin, his history and his past.

The 54-year-old coach led Iranian giants Persepolis to win the domestic title, however, Ghotbi believes it’s not his biggest achievement in football.

Finishing fourth with South Korea in the 2002 World Cup as assistant of Dutchman Guus Hiddink and winning the championship with LA Galaxy are very important success in his career, the Iranian coach asserted.

"I’m very disappointed that it did not work out. But I think it has more to do with the fact that I'm not German than with my quality as a coach. I've been interested in German football all my life. As a small boy, I stayed up late at night to watch Bundesliga matches. As a 10-year-old, I was in Germany during the 1974 World Cup. It is one of my dreams to be able to work in German football,” he emphasized.

Ghotbi must be a special coach, you could see the reaction of the fans and players of the Chinese second division Shijiazhuang Ever Bright after his departure in early September. You could see tears in their eyes after they found out their coach would leave their team.

"Football is an international game. Working abroad and living in different parts of the world has always fascinated me. I have worked in seven countries in my career because I like the sporting, social and cultural challenges. Each country offers different challenges and growth opportunities. I have been able to inspire, educate and make people happy. I'm fortunate to have this opportunity,” Ghotbi said.

"I am proud of my origin, my history and my past. It helped me develop a diverse cultural understanding and tolerance. With a non-traditional football background, I had to prove myself every day and become a better person and coach,” explains the Iranian-born, who grew up in the U.S. and had to do more work and time because of his origin than others.

Ghotbi also calls himself a sympathetic, passionate and open-minded coach.

“Football is my religion, the club is my home and players are my family. There is no perfect coach, but it challenges us to get better every day. New ideas are all around us. We can learn from everyone, the key is to listen with an open mind and an open heart,” he stated.