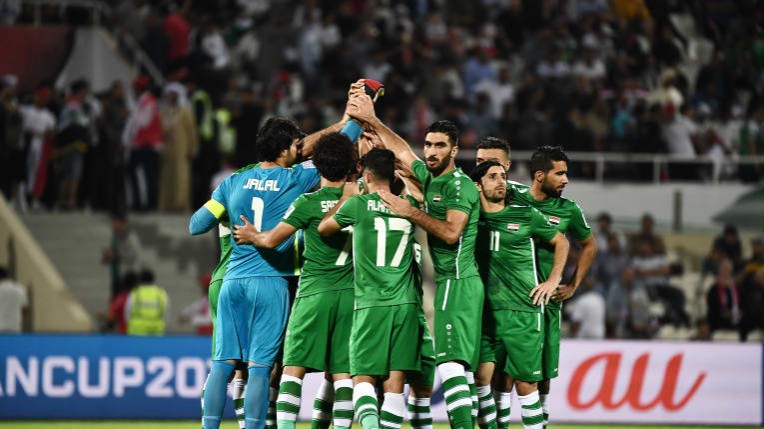 AFC - Iraq, midfielder Bashar Resan Bonyan Iraq has proclaimed, are in a perfect place ahead of their AFC Asian Cup UAE 2019 Group D match against Islamic Republic of Iran.

The Lions of Mesopotamia produced another excellent display in the 3-0 win over Yemen on Saturday, setting themselves up nicely for a top-of-the-table meeting with Iran on Wednesday.

Goals from Mohanad Ali Kadhim and Resan, who plays his club football for Iranian giants Persepolis, gave the West Asians a 2-0 first half lead with Alaa Abbas’ late strike securing a comprehensive win for Iraq, who joined Iran at the top of the table on six points.

“I would like to congratulate the coaching staff and the Iraqi people. It was a good performance from our side, we scored three and were going for more to match Iran’s goal difference,” said Resan.

Iran have scored seven goals, one more than Iraq but Team Melli have kept two clean sheets, while Resan and his teammates have conceded twice - in the 3-2 win over Vietnam.

Resan is now looking forward to leading Iraq’s attack against his Persepolis teammate in the Iran goalmouth - Alireza Beiranvand.

“We will put our two past matches behind us and focus on the final match against Iran. The winners will top the group and potentially have an easier path in the knockout stage.

“Iran are the top-ranked Asian side, and favourites to reach the final. It will be a difficult match. Iran are great, but we are also a quality team with a lot of young talent in our ranks,” said Resan.

With an average squad age of 24, Resan believes head coach Srecko Katanec is spoilt for choice ahead of the Iran showdown.

“The coaching staff will have watched Iran’s two matches and will put together the best line-up and tactics for the match.

“There is a lot of competition within the team for starting spots, but we play as a unit. At the end of the day, all of us are capable of performing for the team.

“The coach decided who started against Vietnam and against Yemen based on his tactics for the match, and in the third match against Iran, it will be the same.”

Resan also expressed his gratitude to the Iraq fans.

“I would like to thank all fans who attended here in Sharjah and those who came to the previous match in Abu Dhabi and we are looking forward to seeing them against Iran in Dubai. I would like to especially thank those who travelled from Baghdad and all Iraqi cities.

“Thank you also to those who are supporting us back home. We hope to continue winning to bring joy to the Iraqi people.”