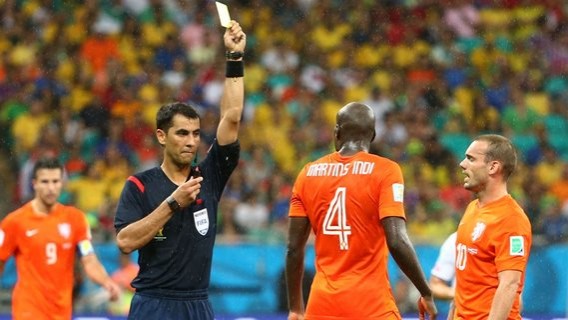 Tehran Times - Uzbek referee Ravshan Irmatov will officiate the match between Iran and Iraq in Group D of the 2019 AFC Asian Cup.

The match has been scheduled for Wednesday at the Al-Maktoum Stadium in Dubai, the UAE.

An international official since 2003, the 42-year-old ref has officiated in three World Cups in a row.

He was also involved in the London 2012 Olympics, the FIFA Club World Cup on three occasions and the Confederations Cup.


Already-qualified Iran and Iraq, both on six points, will play for the chance to be group winners.

Iran lost to Iraqi team in the 2015 AFC Asian Cup quarterfinals in penalty shootout and look to avenge the loss after four years.