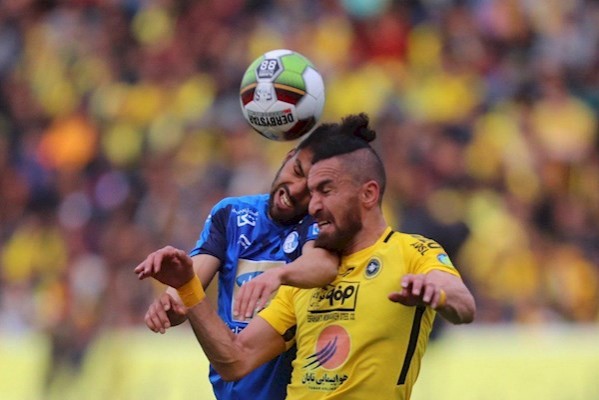 Tehran Times - Ayanda Patosi scored in the dying moments of the match as Esteghlal edged past Sepahan in Isfahan in Iran Professional League (IPL) on Friday.

Esteghlal moved to third place after the valuable win over Amir Ghalenoei’s side at the Naghsh-e Jahan Stadium.

Mehrdad Bayrami opened the scoring for the hosts after Tractor Sazi goalkeeper Mohsen Forouzan made a blunder in the second minutes of the match.

Masoud Shojaei equalized the match with a long-range effort in the 23rd minute.

Meysam Ferdowsi and Bayrami were on target in the 33rd and 66th minutes respectively to seal a precious victory for Sepidrood.

Persepolis sit at the top of the table with 51 points, followed by Tractor Sazi with 49 points.

Esteghlal and Sepahan are third and fourth with 47 points, followed by Padideh with 46 points.