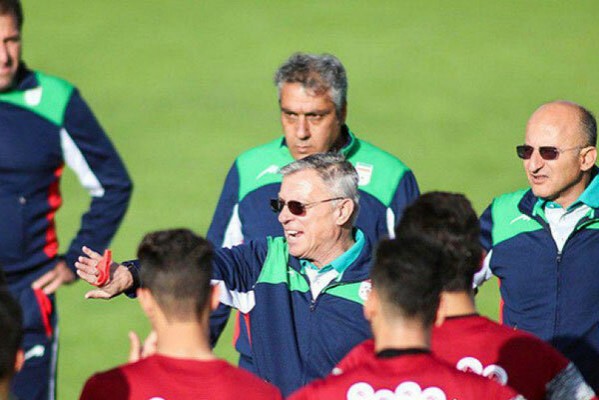 “Under the tutelage of Kranjcar, the Iranian team managed to advance [to 2020 AFC U23 Championship] with same points as Iraq but the federation’s technical committee decided that we would use another coach,” he said on Saturday night.

He went on to say that he has reached an agreement with the Croatian manager for ending the contract, adding that the team will be guided by an Iranian coach.

Two of Iran's young managers and Team Melli former players namely Yahya Golmohammadi and Javad Nekounam have been linked with the job.


Iran booked a place at the 2020 AFC U23 Championship as one of four best runners-up while Iraq advanced to the event as Group C winners of the qualification round.

The 2020 AFC U23 Championship will be the fourth edition of the AFC U23 Championship, the biennial international age-restricted football championship organized by the Asian Football Confederation (AFC) for the men's under-23 national teams of Asia. The tournament will be held from Jan. 8 to 26, 2020 in Thailand.

The top three teams of the tournament will qualify for the 2020 Summer Olympics men's football tournament in Japan as the AFC representatives.