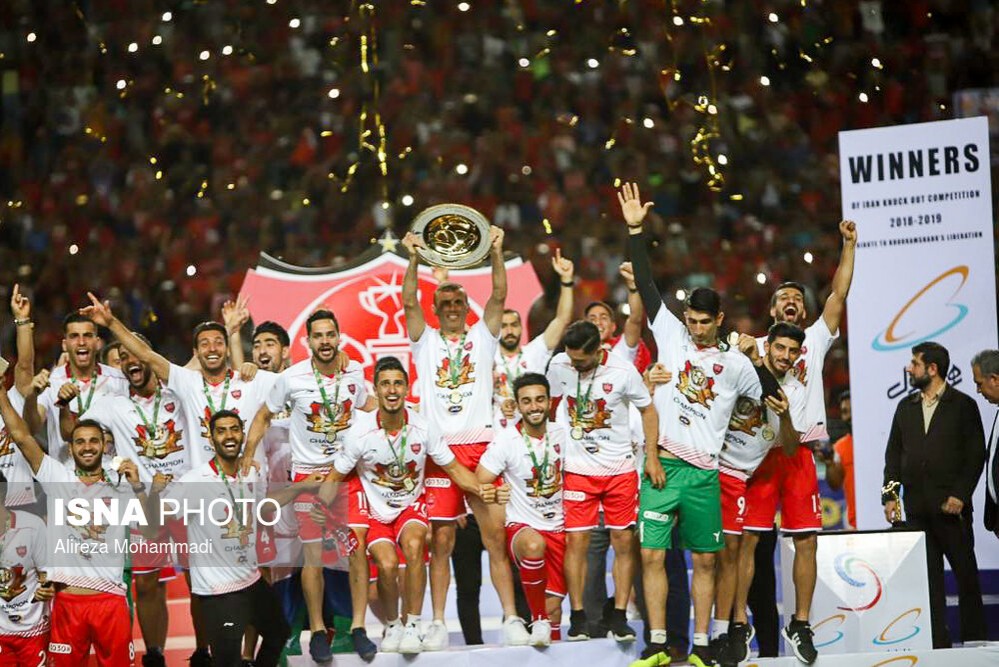 Alipour was immediately invited to Iran national football team by Marc Wilmots at the end of the match.

The match was originally scheduled to begin at 9 p.m. local time but was delayed for about two hours because Damash fans had failed to enter to the 30,000 capacity stadium after the seats were captured by Persepolis fans.

Persepolis had beaten Navad Urmia, Sepidrood, Padideh and Sepahan on their way to the final match.

Damash had also defeated Chooka Talesh, Moghavemat Tehran, Machine Sazi and Saipa to book a place in the final match.

Persepolis completed a domestic double since the team had won Iran Professional League in May.

Esteghlal are the most decorated football team in Hazfi Cup, winning the title seven times.