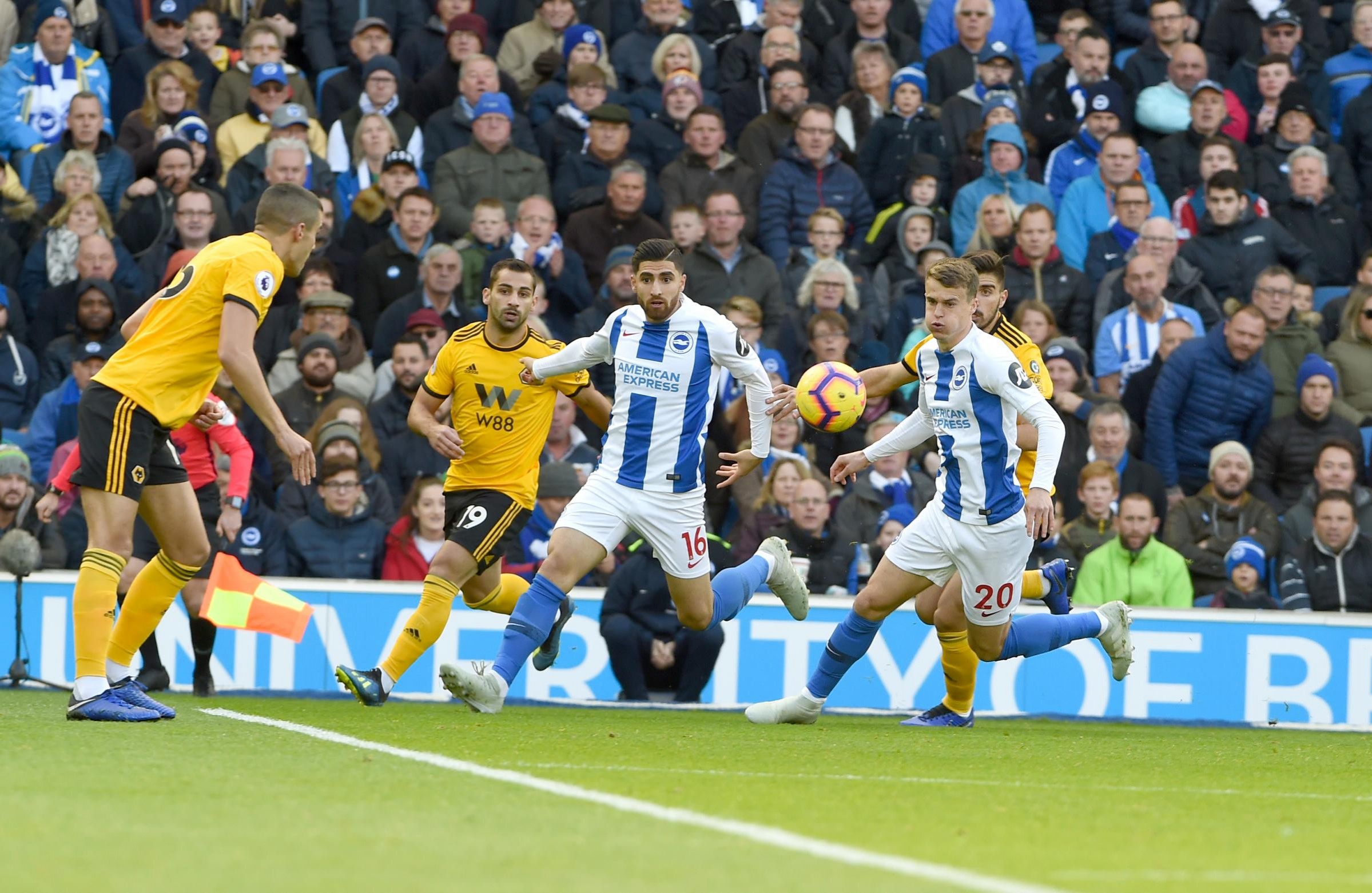 Theargus - Now Albion will be hoping a change at the top prompts a more productive season for record signing Alireza Jahanbakhsh.

He opened the scoring for Iran last week in the 5-0 thrashing of Syria, which launched the reign of former Belgian coach Marc Wilmots.

Graham Potter, the new head coach at the Amex, needs to get more out of Jahanbakhsh to justify owner-chairman Tony Bloom's faith in investing £17 million in the winger last summer.

The cold statistics are damning.

Jahanbakhsh joined the Seagulls as player of the season in Eredivisie, the Dutch top flight, after 21 goals and 12 assists in 33 games for Az Alkmaar.

His debut campaign at the Amex ended without a goal or assist in 24 appearances, 17 of them in the starting line-up.

The difference in quality depth between Eredivisie and the Premier League only partially explains the apparent cliff fall.

The 25-year-old did not arrive last summer until the end of July, having represented Iran at the World Cup.

He was denied a full pre-season to help with the settling in process, often prolonged for players accustomed to a different country, culture and style of football.

Paul Barber, Albion's chief executive, said: "I think people can sometimes underestimate how difficult it is to adjust to life in the Premier League.

"There are no easy games. It's about a 45-game season if you are doing well in the cups.

"That's quite different to the Dutch league and so on where the number of games is less, the competition isn't as intense week to week, moving to a new country, adjusting in some cases to a new language, being away from close family and friends.

"All of those things combined mean sometimes the adjustment can take longer than people would imagine."

Under Hughton the wingers were required to work backwards as well as forwards. Jahanbakhsh was not used to that at Alkmaar but nevertheless adapted well.

It should not be overlooked that Jahanbakhsh's first Premier League starts coincided with Albion's most profitable period of the season, the hat-trick of 1-0 wins in October against West Ham, Newcastle and Wolves.

Fate played a damaging part when he suffered a hamstring injury in the next match at Everton, just as his season was gaining momentum.

By the time he recovered, Jahanbakhsh was off on his travels again, playing for Iran at the Asian Cup in the United Arab Emirates at the turn of the year.

Their progression to the semi-finals kept him out of contention until February. By then it was as if his season was starting all over again.

Jahanbakhsh will have a full pre-season this time with Potter following another appearance for his country in yesterday's 1-1 friendly draw in South Korea, which he withdrew from at half-time after feeling unwell.

He already has some inside information on the head coach from international team-mate Saman Ghoddos, who played under Potter in Sweden for Ostersunds FK.

Jahanbakhsh said: "He (Ghoddos) was very positive about our new manager and that gives me even more of a good feeling ahead of the start of pre-season.

"Football-wise he wants to use the wingers and get them to create chances. It’s all about looking forward and scoring goals, but he also wants to talk to the players and get the feeling of the way they like to perform.

"I am really looking forward to linking up with him and to see how he wants us to play."