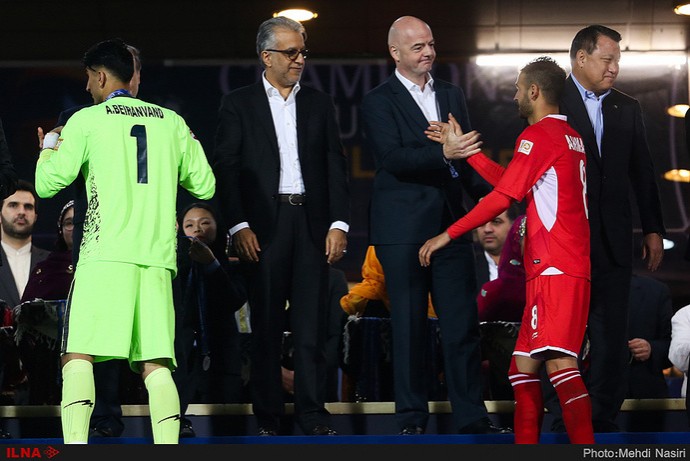 Postregister - FIFA President Gianni Infantino has demanded Iran provide assurances women will be allowed to attend 2022 World Cup qualifiers after expressing disappointment the country has reneged on its commitments to open up stadiums.

Infantino faced criticism for attending a Tehran derby in March 2018 where women were shut out of the stadium. But when he returned to the Iranian capital in November for the Asian Champions League final, hundreds of Iranian women were allowed to watch Persepolis play Kashima Antlers of Japan.

"I was able to witness real and tangible progress with regard to genuine participation of women in football," Infantino wrote this week to Iranian soccer federation president Mehdi Taj in a letter obtained by The Associated Press.

"The fact that these important first steps were made, and that I was able to witness it personally, makes it all the more disappointing that it was not possible to keep up the positive momentum and to continue with similar progress," Infantino added.

Infantino highlighted a June 6 friendly between Iran and Syria when "the gates were closed to female spectators and when, it would appear, a number of women seeking to attend the match were detained by security forces for a number of hours.

"Unfortunately, this is, I also have to say, not in line with the commitments given to us in March 2018 by President (Hassan) Rouhani when we were assured that important progress would be made on this matter soon."

Women have been mainly prohibited from attending men's games and other sports events in Iran since the 1979 Islamic revolution.

"Whilst we are aware of the challenges and cultural sensitivities, we simply have to continue making progress here, not only because we owe it to women all over the world, but also because we have a responsibility to do so, under the most basic principles set out in the FIFA Statutes," Infantino wrote.

"In the circumstances, I would be very grateful if you could inform FIFA, at your earliest convenience but no later than 15 July 2019, as to the concrete steps which both the FFIRI (Iranian soccer federation) and the Iranian state authorities will now be taking in order to ensure that all Iranian and foreign women who wish to do so will be allowed to buy tickets and to attend the matches of the qualifiers for the FIFA World Cup Qatar 2022, which will start in September 2019."

Earlier this week, FIFA acknowledged it was wrong to remove people campaigning for women to be allowed into Iranian stadiums from a Women's World Cup game in France. Stadium security officials intervened in Grenoble during Saturday's game between New Zealand and Canada when they spotted T-shirts campaigning for women's rights in Iran.