NYTimes - Iran is the highest-ranked soccer team in Asia, a position that underlines the Middle Eastern country’s status as a regional favorite to qualify for the 2022 World Cup, planned for nearby Qatar.

Thousands of Iranians are expected to make the short journey to cheer on their team, just as they did when the tournament was held in faraway Brazil in 2014, and most recently in Russia last year. Many were women who live in Iran, yet are prohibited from attending men’s soccer matches in their home country.

Iran’s biggest obstacle to qualifying for the World Cup may be off the field, because a campaign to change that prohibition is getting louder. Its leaders, including the sister of Iran’s team captain, are asking FIFA to ban Iran from World Cup qualifying unless the country changes the law.

The women leading the movement say they share the same passion as male fans for Team Melli, yet believe only a serious threat of exclusion from the World Cup by FIFA will lead to the end of a prohibition that has lasted for four decades.

FIFA President Gianni Infantino wrote a letter last month to Mehdi Taj, the president of Iran’s soccer federation, asking him to provide an answer no later than July 15 about what “concrete steps” the federation would take to ensure Iranian women could attend qualification games for the tournament, which start in September. The deadline passed Monday without a response.

“I ask FIFA to put more pressure, and by pressure it means sanctions, right?” said Maryam Shojaei, who has campaigned the past five years by brandishing banners protesting the men-only rule when Iran plays outside the country, including at the World Cup in Russia last summer. “There has to be a consequence for the Iranian federation, that could be suspension of Iranian football.” 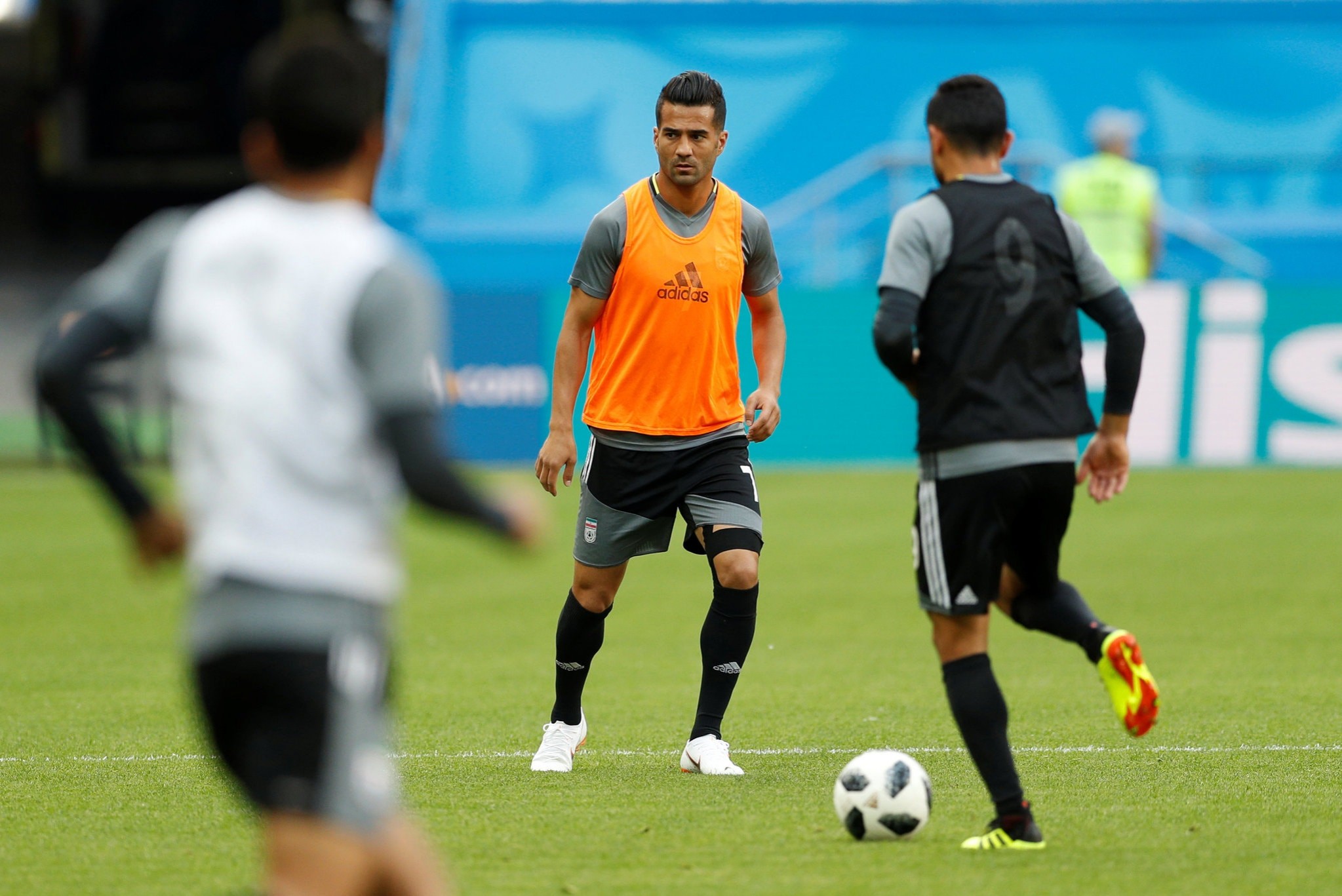 So far, FIFA has shown little appetite for penalizing Iran for a violation the organization describes as against its “most basic principles.” Should it finally act, the consequences could be personal for Shojaei. Her brother Masoud Soleimani Shojaei is the team’s captain, a national hero who has appeared in three World Cup tournaments for Iran.

Shojaei, a Canadian citizen, identifying herself publicly for the first time as the Iranian captain’s sister, said she began her campaign after she saw the popularity of the Iranian national team among women at the 2014 World Cup. She said her protests have nothing to do with her brother. She did not tell him that she had traveled to Russia, where she protested at the 2018 World Cup as the founder of My Fundemental Right. Separately, Masoud Shojaei has spoken out about the issue at home.

Resistance to the ban comes at a time when the Women’s World Cup has given soccer a worldwide spotlight for players, fans and others to speak out about several gender issues, including pay equity and investments in women’s teams by national federations. (Iran has a women’s national team, which plays its games in headscarves and in front of female fans when at home, with male fans prohibited from attending.)

The lack of progress is embarrassing for Infantino, who attended a game in Tehran in November 2018 with senior Iranian officials. For that game, Iran lifted the prohibition, allowing a few hundred women to attend. Infantino described the event as a momentous sign of progress, while activists described it as a stunt, no more than an exercise designed to fool a credulous foreign dignitary.

Shojaei said she told FIFA’s secretary general, Fatma Samoura, ahead of the game that the Iranians would use Infantino’s appearance at the game at Tehran’s Azadi Stadium to put on a “show.” She also presented Samoura with a petition with more than 200,000 signatures.

“Without getting guarantees that women could buy tickets and by sitting there with women who were placed there for him to see he took part in a charade, that was a terrible betrayal of Iranian women who have been begging him in writing for years to act,” said Minky Worden, director of global initiatives at Human Rights Watch. “Every Iranian woman knew that this was a charade and they wouldn’t be allowed in.”

Infantino in his letter expressed alarm at incidents surrounding an exhibition game between Iran and Syria on June 6, just a day before the start of the Women’s World Cup, a tournament where issues surrounding equality in soccer were brought to the fore. Women trying to attend the game were detained by security for several hours, including some who claimed they were beaten.

Other campaigns to lift the ban on women predate the efforts by Shojaei, who in April put her name to a complaint against the Iranian federation that was submitted to FIFA’s ethics committee. The committee is notorious for operating with little transparency.

Another longtime campaigner, who has fought against the restrictions on women for 15 years, only managed to watch Iran for the first time by traveling to the World Cup in Russia. The woman, who uses the name Sara to conceal her real identity for fear of arrest, said she, too, believes FIFA must act decisively rather than merely speak out.

She is the only member of a group of more than 20 women that started the campaign, now called Open Stadiums, to remain in Iran. The rest, she said, fled the country.

“It should be based on statute that they suspend the federation,” Sara said.

Last March, while Infantino was in the company of Iranian officials, Sara protested with three dozen female soccer fans and activists by trying to enter the Azadi — some while dressed as men — for the biggest match in the country, a showdown between Persepolis and Esteghlal that was watched by as many as 100,000 men. The protesters were arrested and detained for several hours.

The movement to lift the stadium ban has gained a nationwide following. It has become a part of the conversation about women’s rights in the conservative Muslim country. In its earliest days, even many Iranian feminists dismissed it.

“If someone asked me what’s your biggest achievement, what gives you the most satisfaction, I would say this: The Ayatollahs when they’re talking about women’s rights they are always talking about women attending stadiums,” she said.

Shojaei, who moved to Canada in 2007 and became a citizen in 2012, has had her banners confiscated while overseas, including in Russia, where FIFA, which has adopted a new human rights guidelines, had provided express permission for her to attend with its delegation.

“I talked to two well-respected clergy and they said it’s nothing to do with Islam,” she said.

The ban, which has been extended to volleyball and basketball, provides a stark contrast with other cultural arenas where people of different genders freely mix, including theaters.

But in a country hobbled by sanctions, the successful soccer team has unmatched popularity, with millions of fans tuning in when Team Melli takes the field.

That popularity, said Shojaei, means the threat of a ban from World Cup qualifiers would likely focus minds and finally lead to the lifting of a ban enforced not long after the 1979 Iranian Revolution.

“Forty million Iranian women are fans, and they’ve been banned for four decades. If the football team is banned for one World Cup, I think that’s worth it,” she said. “I’m sure at the end — in 10 years, 20 years — people will appreciate it.”