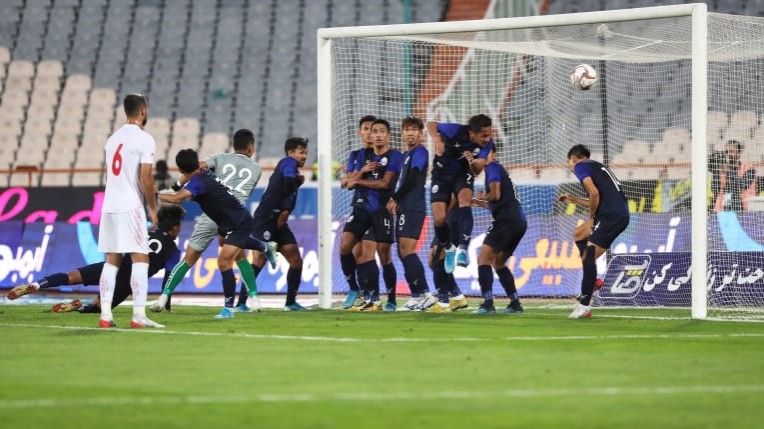 AFC - Islamic Republic of Iran turned on the style as they scored an emphatic 14-0 win over Cambodia in Group C of the Asian Qualifiers on Thursday.

Karim Ansarifard scored four and Sardar Azmoun a hat-trick on an a historic day for Iranian football, as Asia's top ranked side's show of classy football was also watched by female fans at the iconic Azadi Stadium, with thousands in the stands.

Mehdi Taremi and Mohammad Mohebi scored two each while Ahmad Noorollahi, Hossein Kanaani and Mehrdad Mohammadi scored one each as Iran scored their second consecutive win, having opened their campaign to qualify for the FIFA World Cup Qatar 2022 and AFC Asian Cup China 2023 with a 2-0 triumph over Hong Kong last month.

Cambodia, having collected only a point from their opening two matches, realised early that it was going to be a long 90 minutes for them at the Azadi Stadium as midfielder Noorollahi only needed five minutes to put Iran ahead, scoring with a wonderful strike from 25 yards out.

That was the signal of things to come for the Southeast Asians as Iran, seeking a third consecutive appearance at the FIFA World Cup, started peppering the Cambodian goalmouth with shots and by the 22nd minute, the home team were 4-0 up.

Azmoun scored his first in the 11th minute when he slotted home a rebound and despite Cambodia having a couple of half chances after that, it was only a matter of time before Iran would score again.

The third came in the 18th minute with defender Hossein Kanaani heading home and four minutes later, Taremi gleefully slotted home a rebound when the intial effort should have been easily handled. 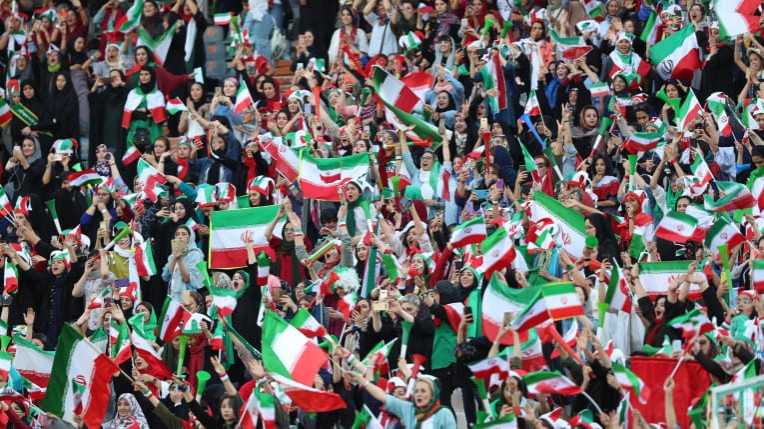 Desperate defending by Cambodia kept Iran at bay till the 36th minute as an error by goalkeeper Keo Soksela gifted Azmoun his second.

There were more woes for Soksela five minutes later as he was penalised for handling a backpass and Azmoun rolled the resulting free-kick for Ansarifard to slam home.

Azmoun would have the final say in the first half as he completed his hat-trick when he stuck his foot out to steer Taremi's cross into the net.

The points had been lost in the first half blitz but Cambodia had a chance to narrow the deficit when they were awarded a penalty after Keo Sokpheng was brought down in the box by Alireza Beiranvand a minute into the restart.

Keo took the spot-kick, only for Beiranvand to make the safe and there was no stopping Iran after that.

Ansarifard completed his hat-trick with efforts in the 49th and 61st minutes, with Taremi scoring his second in the 54th minute.

Mohammad Mohebi got in the scoring act as well with a brace, as he found the net in the 65th and 67th minutes to make it 12-0.

Iran were not done yet as Mohammadi got into the act in the 85th minute before Ansarifard completed proceedings in the 88th minute.