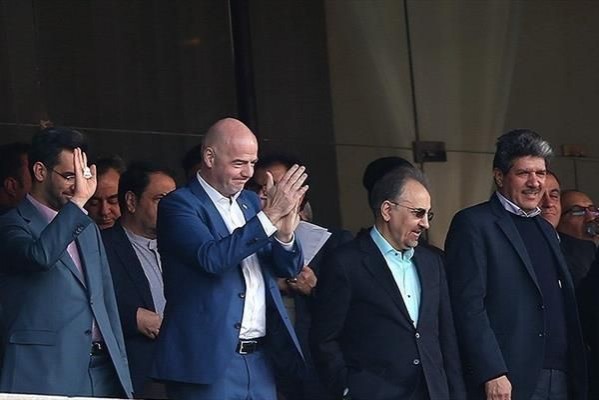 AFP - FIFA president Gianni Infantino plans to attend a league game in Iran where female fans will be allowed to attend.

Infantino recently wrote to the Iranian football federation expressing his intention to travel to Iran and watch a game with women present, according to a source.

For the first time in 40 years, several thousand women were able to watch Iran's 2022 World Cup qualifier against Cambodia on October 10 at the Azadi Stadium in Tehran.

Since the Islamic revolution in 1979, the country has barred female spectators from entering football and other sports stadiums, with clerics arguing women must be shielded from the masculine atmosphere and sight of semi-clad men.

FIFA, which sent a delegation to that game, said it was looking "more than ever towards a future when ALL girls and women wishing to attend football matches in... Iran will be free to do so, and in a safe environment".

Another source said that world football's governing body hopes the process of allowing women into Iranian stadiums will be "prolonged, not stopped and not reversed".

A FIFA delegation will have to go to Tehran in advance to prepare for Infantino's visit.

The match on October 10 came only a month after the death of Sahar Khodayari, who set herself ablaze in September outside a court in fear of being jailed for trying to attend a game.

Dubbed "Blue Girl" because of the colours of the club she supported -- Esteghlal FC -- she had reportedly been detained last year when trying to enter a stadium dressed as a boy.

Her death sparked an outcry, with many calling for Iran to be banned and matches boycotted.