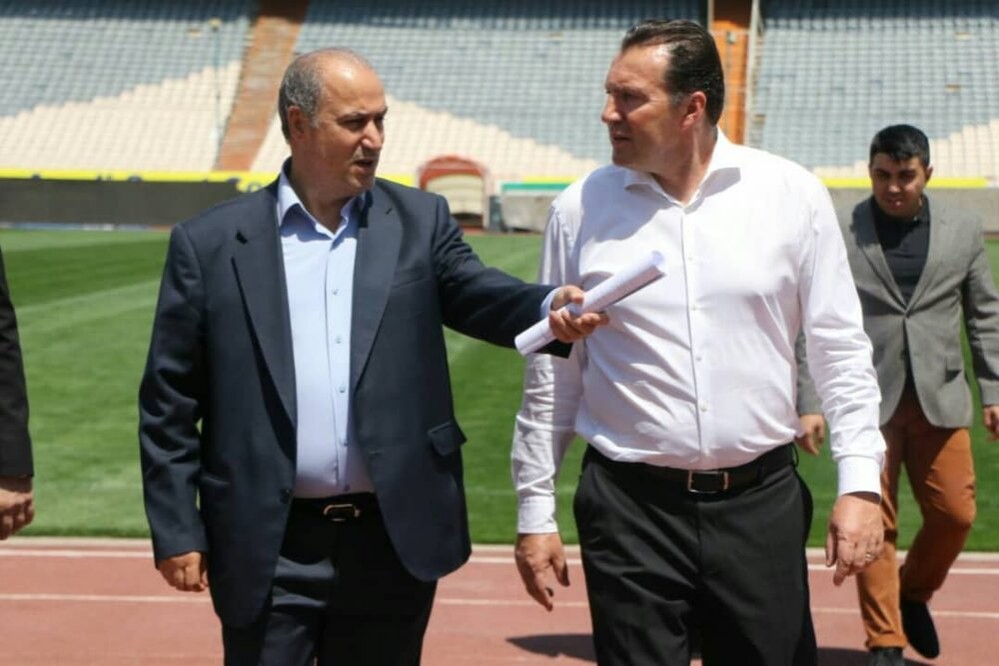 PLDC - Football Federation of the Islamic Republic of Iran (FFIRI) President Mehdi Taj said that Iran and Hong Kong match in the 2022 World Cup qualifier will likely be held in Mashhad.

Team melli will host the East Asian country on March 26 in Group C of the competition.

FIFA President Gianni Infantino has recently written to the Iranian football federation expressing his intention to travel to Iran and watch a game with women present.

“We have been in contact with FIFA and they thanked us for allowing women to attend Iran and Cambodia match. They have asked us to allow the Iranian women to attend the Iran league matches and we answered them the women could come to the stadiums after providing the conditions,” he added.

Belgian media has reported that Iran coach Marc Wilmots is on the verge of terminate his contract since the Iranian federation has not paid his salary, but Taj says that the coach will continue his job in Iran.

“We had failed to pay his wage but we paid him his salary and there is no more problem,” the Iran football chief stated.

“Wilmots will return to Iran and will announce the national team players for the match against Iraq on Saturday,” he added.

Iran will play Iraq on November 14 in Amman Stadium and Jordan’s referee Adham Makhadmeh had been originally chosen to officiate the match.

“We protested the Asian Football Confederation’s decision because Makhadmeh is an Arab referee. The confederation accepted our complaint and changed the referee. Hettikamkanamge Dilan Perera from Sri Lanka will officiate the match,” Taj concluded.