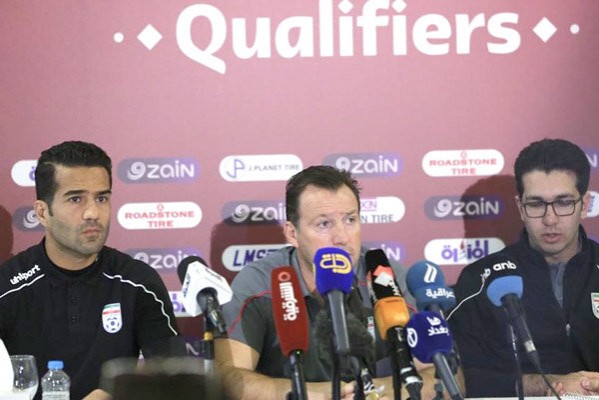 Tehran Times - Iran national football team head coach Marc Wilmots says that they are focused on putting on a good display against Iraq at the 2022 FIFA World Cup.

Team Melli will meet their archrivals on Matchday 5 of Asia's second round of qualifying on Thursday.

Group C leaders Iraq entertain Iran in neutral Amman as the two sides resume what is one of Asia's most well-known rivalries, one which dates back all the way to 1962.

“The venue has been changed but I think it doesn't have much effect on the result. This is our third away matches out of four and we are focused on putting on a good performance against Iraq. Our primary focus is on our style of play,” the Belgian coach said.

“We know the importance of the result, but we should not feel the pressure. We are focused on booking a place at the 2022 World Cup for the third time in a row,” Wilmots concluded.

Iraq coach Srecko Katanec is not happy with facing Iran in Amman but says they have to accept the situation.

Iraq had been due to play in Basra but the southern port city has been caught up in the anti-government demonstrations and FIFA requested an alternative venue because of ongoing protests.

“Our first goal is to win the match. Iran are one of the most powerful teams in Asia but we know them well. I preferred to meet Iran in our venue in Basra in front of our fans but the situation changed,” the Slovenian coach said.