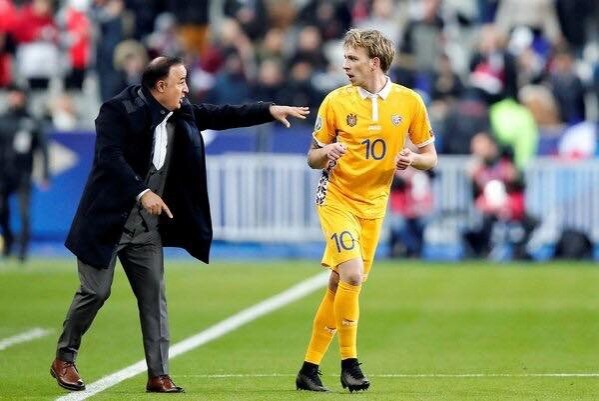 Firat has already worked in the Iranian football teams and have a good knowledge of the country’s football.

The 49-year-old coach came to Iran as assistant coach of German head coach Werner Lorant in Saipa in 2006. One year later, he was appointed as Ali Daei’s assistant in Team Melli. Firat has also worked as head coaches in Iranian clubs Sepahan and Gostaresh.

Now, Firat has talked about his new role in Moldova in an exclusive interview with Tehran Times.

Tehran Times: You have been appointed as new head coach of a minnow European country. Moldova sit in 175th place in FIFA rankings. Do you think you can help them jump in the ranking?

Firat: Of course, that’s why I’m here. I am the first-ever foreigner coach of Moldova in their history and it shows that they want to improve. Like everywhere I’ve worked, I am going to bring success to the European team.

Moldova played against world champions France at the Euro 2020 qualifying. It was a difficult debut for you, but your team displayed a very well performance, however you lost 2-1 to the world giants.

To play against the world champions in Paris was so difficult but at the same time it was a big chance for my team to show how good we are. I think the 1-1 result was fair but the referee’s decision went against us because their goal came after a clear foul from Olivier Giroud on our goalkeeper. The first goal broke the players' motivation and there was more pressure from the French. It's impossible not to whistle that.

As a coach who has worked in Iran national football team and Iranian football clubs, is there any similarity between two countries?

Not at all. Moldova is a little country with only three million people. Iran is very big and has a big football history. We are more focused to be a team like Iceland in the future. Iceland have shown that the little countries can also be successful in the world.

Do you like to play Iran - the best Asian football country in FIFA ranking – in a friendly match?

Of course, we like to play Iran. I have already spoken with Ebrahim Shakouri (Secretary General of Iran Football Federation) about a warm-up match. However, I think the friendly will be played in the next year, when both teams will have enough time to play.