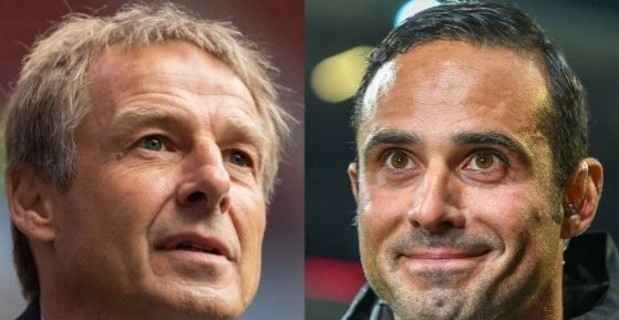 Reuters - Former World Cup winner Juergen Klinsmann replaced sacked Ante Covic as head coach of struggling Hertha Berlin on Wednesday until the end of the season, returning to Germany's Bundesliga for the first time in a decade, the club said.

Covic lasted only 12 league matches as his team, who have lost their last four league games, lie 15th, level on points with Fortuna Duesseldorf in 16th, the relegation playoff spot.

Klinsmann, whose most recent appointment was United States head coach from 2011 to 2016, last worked in the Bundesliga during a hapless spell at Bayern Munich that lasted less than a season in 2008-09.

He will have former Werder Bremen coach Alexander Nouri as his assistant while also creating a new post - performance director - for retired Germany international Arne Friedrich.

"The most important thing is to climb up as soon as possible. Once we are safe in mid-table then we will look up again but one thing at a time," Klinsmann, winner of the 1990 World Cup as a player with West Germany, told reporters.

"The biggest issue is to create a team that can get points as soon as possible. You can read the table. We also have a tough first task on Saturday at the Olympic Stadium."

The 55-year-old has also coached the German national team, leading them to third place at the 2006 World Cup at home.

He was sacked from his U.S. post in 2016 after a string of bad results in the early 2018 World Cup qualifiers and the team eventually failed to qualify for the tournament in Russia.

He was recently made a member of the Hertha board but is expected to step down from that post during his coaching job.