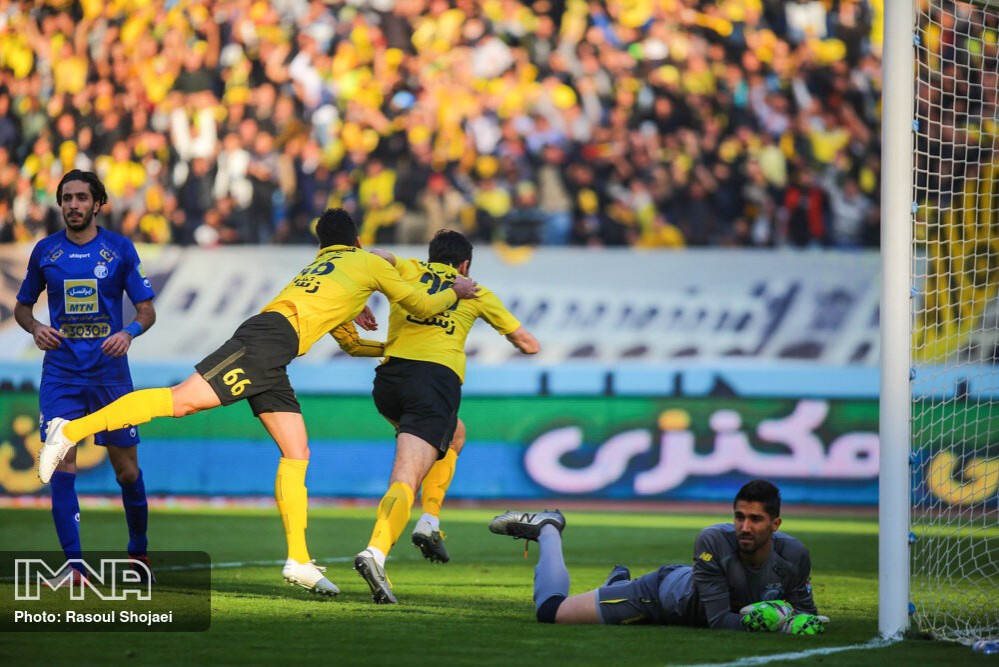 In the match held in Isfahan’s Naghsh-e Jahan Stadium, Giorgi Gvelesiani beat the offside trap in the 14th minute to give the hosts a lead.

Esteghlal were back on level terms courtesy of Mehdi Ghaedi’s right-footed effort from inside the box in the 57th minute.

Malian forward Cheick Diabate scored with a header for the visiting team in the 79th minute.

Omid Nourafkan's added-time strike rescued a point in a 2-2 draw against Esteghlal.

“I had already said the match against Sepahan would be real test for our team. I am satisfied with the way we played against them. But I think the referee’s decision went against us in the second half. We should have had a penalty, because handball is a blatant penalty,” Esteghlal coach Andrea Stramaccioni said during the post-match news conference.

Sepahan overtook Shahr Khodro in the table thanks to a better goal difference.

Esteghlal are third, one point behind them.