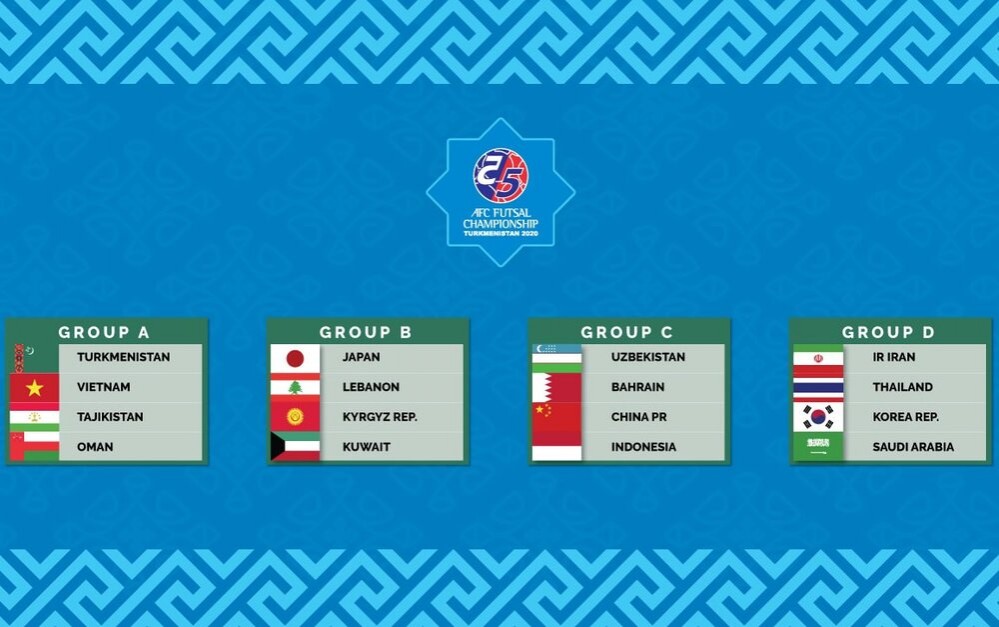 Tasnim – Iran has been drawn along with Saudi Arabia at the AFC Futsal Championship Turkmenistan 2020.

Team Melli is pitted against South Korea, Thailand and Saudi Arabia in Group D in the official draw which was conducted at Ashgabat’s Olympia Hotel on Friday.

The ceremony separated the 16 qualified teams into four groups ahead of next year’s competition, where the best in Asian futsal will compete for the title of Continental champions.

Host nation Turkmenistan will begin the competition with what is sure to be a hotly anticipated clash against tournament debutants Oman on February 26, before rounding its Group A commitments with matches against Tajikistan and Vietnam.

The final will be played on March 8.

Newly crowned AFC Futsal Player of the Year Tomoki Yoshikawa will lead Japan in an intriguing Group B, which also includes Lebanon, Kyrgyz Republic and Kuwait, while four-time runners-up Uzbekistan will begin its campaign against Indonesia after both sides were drawn in Group C, which also contains Bahrain and China PR.

The AFC Futsal Championship is Asia’s flagship international futsal competition, also serving as the final stage of FIFA Futsal World Cup qualifying, with the top five sides in Turkmenistan to represent the Continent at Lithuania 2020.

With 12 titles in the 15 previous editions of the competition, Iran is the most successful side in AFC Futsal Championship history, with three-time champions Japan the only other nation to have lifted the trophy.