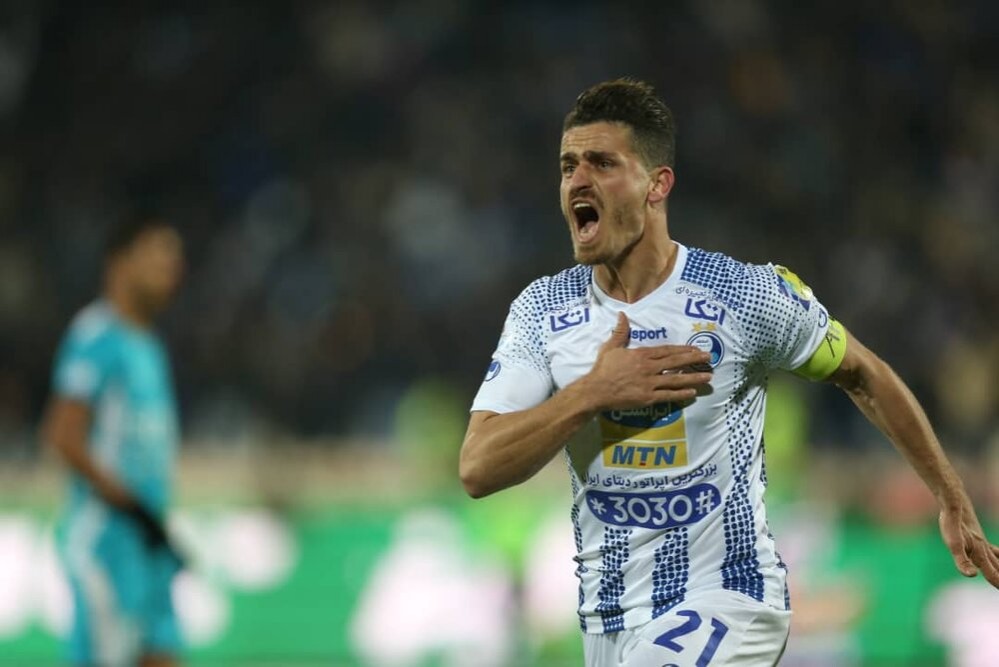 Mehdi Ghaedi gave Esteghlal the lead in the eighth minute but Faraz Emamali leveled the match in the 33rd minute.

The referee showed Esteghlal penalty spot after Paykan forward was brought down in the area just before the halftime.

Paykan were the better team in the second half and created several chances but their strikers lacked the cutting edge.

Just before the hour mark, Vouria Ghafouri opened Paykan’s goal with a powerful strike inside the area.

In the dying moments of the match, Hossein Pour Amini equalized the match in Tehran’s Azadi Stadium.

Earlier on the day, Shahr Khodro drew 1-1 with Sepahan in Mashhad.

Foolad also moved to fourth place with a 1-0 win over Pars Jonoubi.

Esteghlal remain top of the table with 26 games.

Sepahan and Shahr Khodro are second and third with 25 and 24 points and one game in their hands.