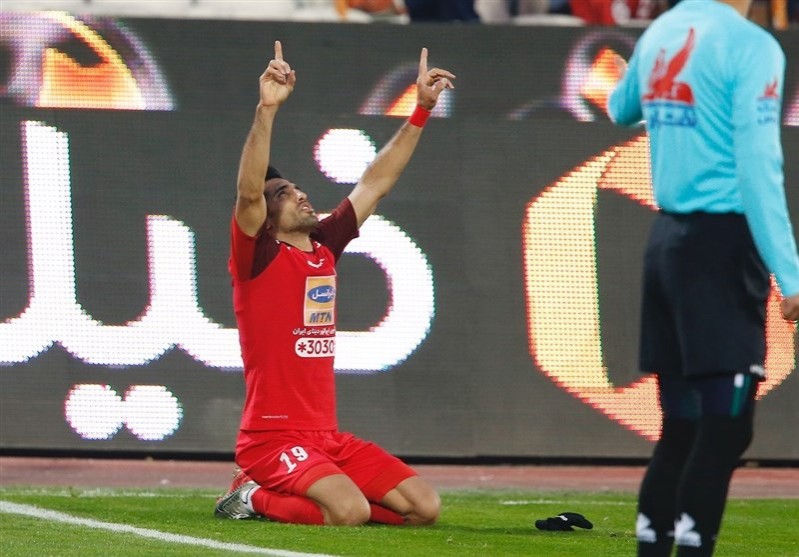 In the match held in Tehran’s Azadi Stadium, Vahid Amiri was on target with a header in the 34th minute.

Persepolis were reduced to 10 men in the 58th after Mohsen Rabikhah received his second yellow card.

Persepolis were forced to play with nine players in the final minutes of the match after substitute Siamak Nemati suffered a foot injury.

Persepolis moved top of the table with 34 points.

Sepahan will meet Sanat Naft on Saturday and will move top of the table if win the match.