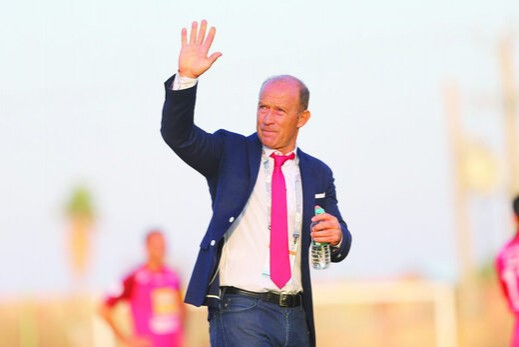 Tasnim – Gabriel Calderon thanked the Persepolis fans for their continued support over the past six months but criticized the club’s officials.

“I didn’t like to leave Tehran without saying goodbye to the Persepolis fans, because I think they are the best fans in the world. I also thank my players since they trusted me and tried hard,” Calderon wrote on his Instagram. 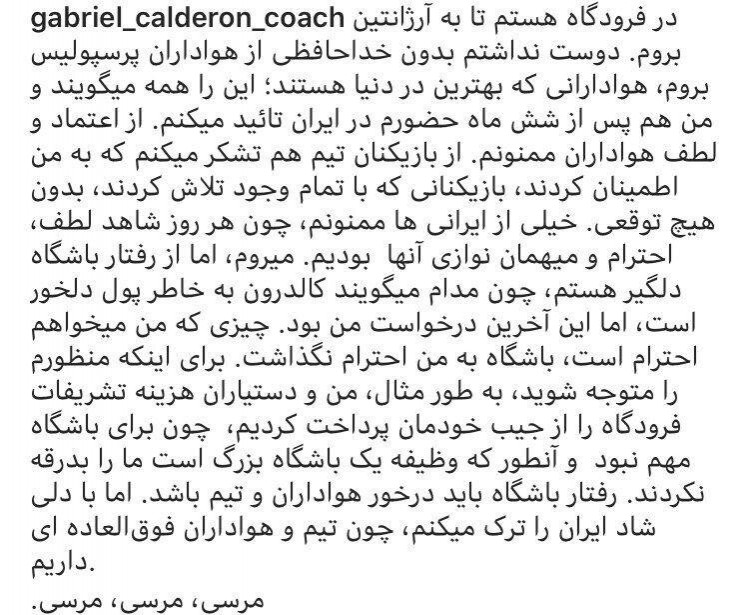 “I would like to thank the Iranian people because of their hospitality. I am going but I am disappointed with the club’s behavior. They have said I am angry because of money but I am actually sulky because of lack of respect,” he added.

“The club didn’t respect me. For example, we paid airport formalities out of our own pockets. However, I’m happy with our fans,” Calderon wrote.