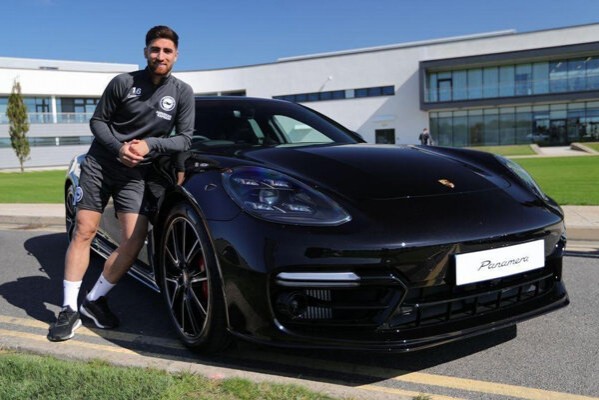 TehranTimes - Alireza Jahanbakhsh won Performance of the Month for December for his display against AFC Bournemouth in English Premiere League.

The Iranian winger found the back of the net just three minutes into the match, ending his 18-month goalscoring drought.

The midfielder beat off competition from teammates Neal Maupay and Aaron Mooy to claim the award, following his first goal for the club against the Cherries at the end of the month.

Jahanbakhsh, who netted Albion's fastest-ever Premier League goal for the Seagulls against Eddie Howe’s side, received 65% of the vote, brightonandhovealbion.com reported.

Jahanbakhsh’s goal was added to by Aaron Mooy after the restart, as the Australian also notched his first goal for the club in the game to seal a 2-0 win to round off 2019 for Graham Potter’s men.

Jahanbakhsh is the third Iranian player to score in Premier League history (also Ashkan Dejagah and Andranik Teymourian) and the first since Dejagah in April 2014.