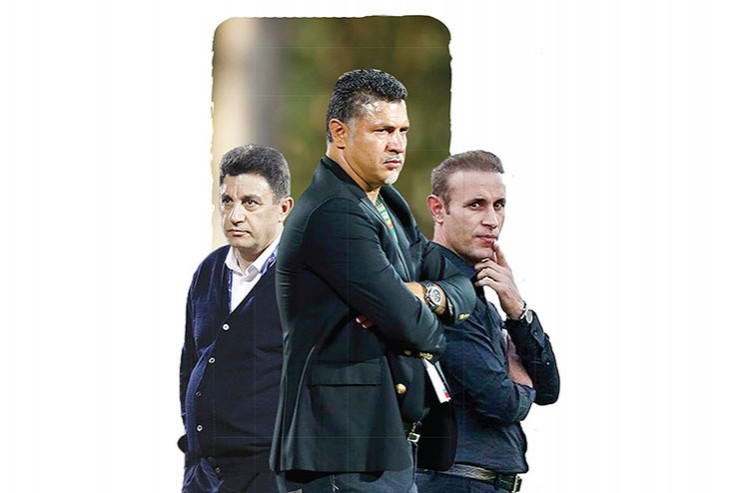 “In recent weeks, members of the federation's board of directors have been meeting and overseeing all matters regarding Iran national team,” Alavi said. “The board has assigned the task of selecting the new head coach of Team Melli to Heaydar Baharvand, acting president of Iran football federation. The report of Technical and Development Committee of the Iran Football Federation regarding the coaching of the national team has been delivered to the board of directors and the members discussed about it in detail.” Alavi said.

With less than three months remaining until the restart of the 2022 FIFA World Cup qualification, the Iranian federation has not introduced the new head coach.

Marc Wilmots left his role as coach of Team Melli in early December, just seven months after replacing Carlos Queiroz at the helm of the three-time Asian champions.

Speaking about the nomination of Ali Daei, Yahya Golmohammadi and Amir Ghalenoei for coaching the national team, Alavi praised their personal and technical qualities: “The three coaches are among the most respected ones in Iranian football. Golmohammadi is one of the best of the new generation of Iranian football coaches. Ghalenoei is the most decorated coach in Iranian football club history and Daei also is a legend of our country. We respect all of them and the federation will take them into consideration to make the best decision on the future of national team.”

Iran football federation had already announced that it has reached an agreement with former Persepolis coach Branko Ivankovic but it seems the federation has changed the decision.