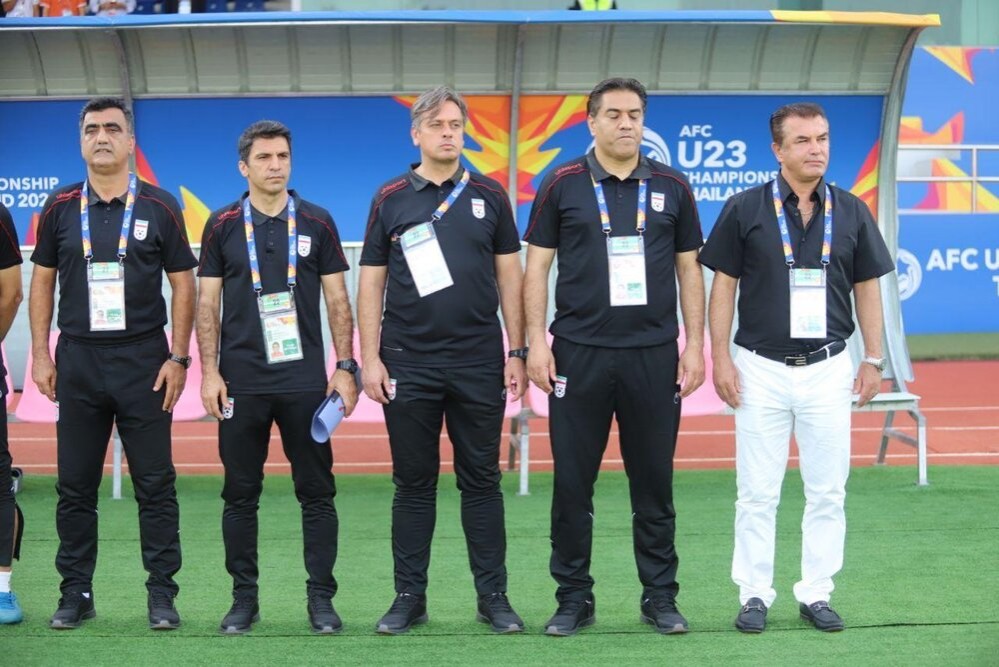 Tehran Times - Hamid Estili has apologized to the Iranian fans after his team failed to book a place at the AFC U23 Championship Thailand 2020 quarterfinals.

On Wednesday, Iran were knocked out of the competition despite a 1-0 win over China PR at Tinsulanon Stadium.

After wasting a string of chances, Iran finally took the lead through Omid Noorafkan’s 87th minute penalty, but it wasn’t enough to extend their stay in the competition, with Uzbekistan advancing on goal difference despite their 2-1 loss to Korea Republic in Pathum Thani.

Korea qualified for the quarters with nine points.

Uzbekistan and Iran earned four points but the titleholders advanced to the quarters on goal difference.

China stayed at the bottom without a point.

“I apologized to the Iranian fans due to our elimination from the competition. My players did their best in the competition. They worked hard and dedicated a lot to playing well and that is what matters to me,” Estili said.

“These players are Iran football’s future and the officials have to take care of them. I wish all the best for Korea Republic and Uzbekistan. We didn’t deserve to loss against Korea and had to beat Uzbekistan,” he added.

“We had 25 shots at goal against China and created eight goalscoring opportunities but our players squandered their chances. We could have won by more than the 3-0 scoreline. We could not advance to the next stage just because of goal difference and I am sorry for that,” the ex-Iran midfielder went on to say.

“I want to say a huge thank you to everyone who supported us so far. We were excellent against China but we wasted our chances, yet I believe that these players can help Iran football in the future,” Estili concluded.