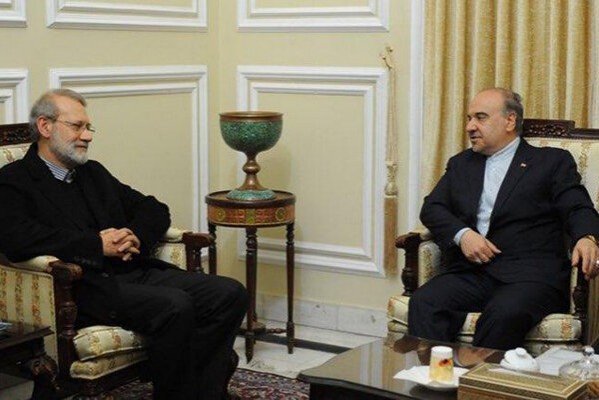 Iran is a safe and strong country the rights of its football fans should not be neglected, he said in a Monday meeting with Iranian Minister of Youth Affairs and Sports Masoud Soltanifar in Tehran.

“We expect international and Asian bodies to not be biased against Iran’s sports and football and to act according to international charters,” he added.

The meeting comes as AFC has informed the Iranian football federation that Iranian teams should host their rivals in neutral venues during the 2020 AFC Champions League. AFC’s Executive Committee has not issued the final ruling on the case yet but the initial decision has sparked harsh criticism towards AFC for mingling politics into sports. Meanwhile, the four Iranian teams have announced that they will participate in the event only if they can host their opponents in Iran.

Correct stances of clubs and the Football Federation to defend Iran’s rights are supported by the Parliament, Larijani said, hoping that the problem would soon be solved.

The AFC's controversial decision is likely due to the unintentional downing of a Ukrainian airliner on Jan 8 by Iranian air defense which claimed the lives of all 176 passengers and crews on board.