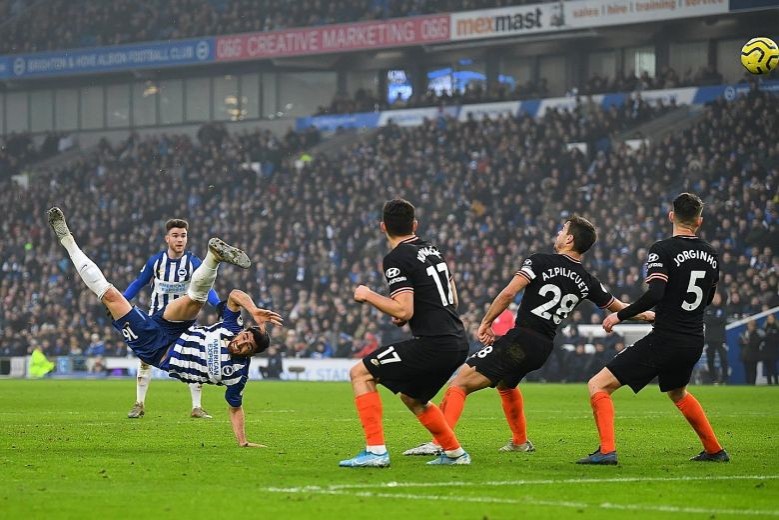 TheArgus - Alireza Jahanbakhsh has been confirmed as a contender for the Premier League goal of the month prize for January.

His spectacular overhead kick on New Year’s Day against Chelsea is one of eight goals shortlisted.

The list also includes Richarlison’s well-taken winner against the Seagulls for Everton.

The winner is partly decided by a fans’ poll. Votes can be cast at premierleague.com.