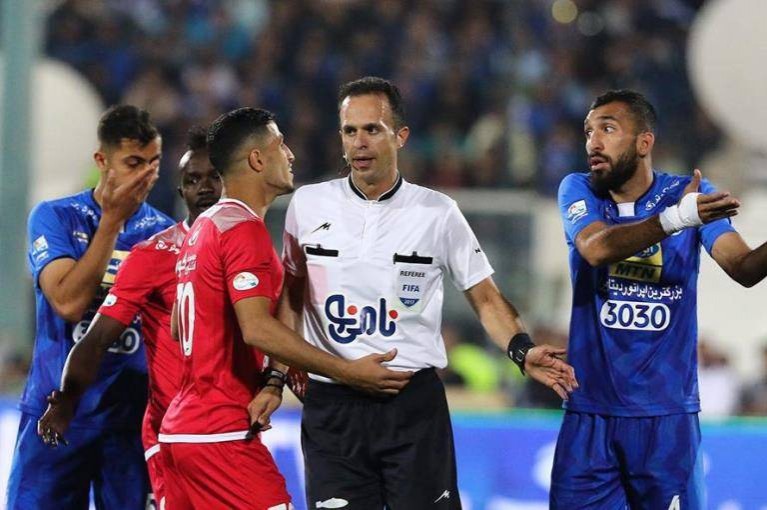 Tehran Times - Bijan Heydari has been chosen to officiate Tehran derby between Persepolis and Esteghlal.

The match has been scheduled for Thursday in Tehran’s Azadi Stadium.

The 40-year-old referee has previously officiated the match in October 2017.

This battle between two teams that share an 80,000-capacity stadium is considered the biggest derby in all of Asia.

Esteghlal and Persepolis have played against each other 91 times, with Esteghlal winning 26 games, Persepolis taking 24 victories, and 41 matches ending in a draw.

Persepolis, who are looking for the fourth consecutive title, sit top of the table with 40 points.

Esteghlal are fourth with 32 points and a loss in the match could cost them the title.

Persepolis iconic defender Shoja Khlalizadeh will also miss the match due to one-game suspension handed after the 1-0 win against Sanat Naft on Saturday.