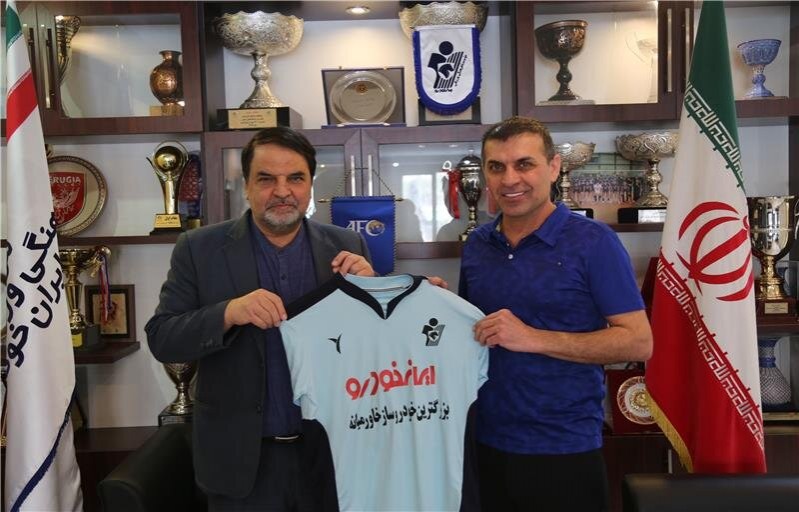 Veisi has been appointed as Hossein Faraki’s successor at Paykan after signing his contract in the management office of the Iranian club in Tehran.

Veisi, 48, the former coach of Shahin Bushehr, Naft Masjed Solyeman, and Esteghlal Khuzestan will lead Paykan in Tabriz against Machine Sazi on Friday and it will be the first match of his second stint at the carmaker club’s hotseat.

Veisi is tasked with lifting Paykan team off the foot of the table. The team is in the 14th place of the IPL table with just one point above the relegation zone. Veisi was introduced to the players and staff of Paykan in a ceremony held in the club and then attended in the training session of the team.

Veisi, who has played in a number of Iranian teams such as Foolad, Sepahan, and Esteghlal Ahvaz, started his coaching career in Foolad as an interim coach in 2007.