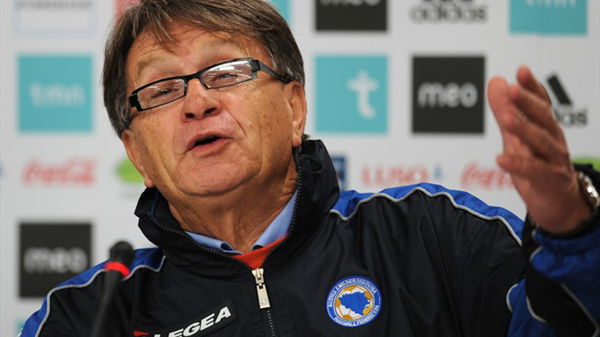 Speaking to Dnevnik on Friday, the 84-year-old Blazevic said he is sure Skocic will achieve good results in Team Melli. Skocic has had a hard path to reach here, he said.

He went on to talk about his ‘wonderful’ memories in Iran, noting "The first match on the Iranian bench was attended by 110,000 people in the stadium and another 30,000 outside."

He parted ways with Team Melli after the team failed to book a place in the 2002 World Cup.

Iran football federation named on Thursday Croatian Dragan Skocic as the new manager national football team. The team lacked a coach for more than two months after Marc Wilmots terminated the contract with the federation. Iran has four must-win games ahead in the 2022 World qualifiers against Hong Kong, Cambodia, Bahrain and Iraq.

Dragan Skocic is the fifth Croat in the role of Iran's leader, after Stanko Poklepovic, Tomislav Ivic, Miroslav Blazevic, and Branko Ivankovic.