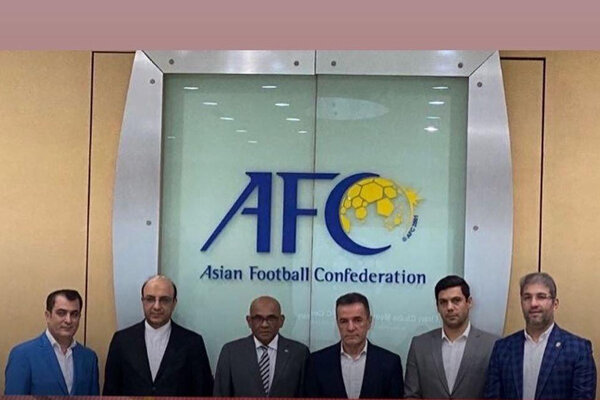 Tehran Times - According to the latest 2020 AFC Champions League schedule that has been released in the AFC Magazine, the place of home matches of the Iranian clubs at the Asian Football Confederation (AFC) elite club competition this season is still uncertain.

On January 23, the General Managers of the four clubs representing Iran at the 2020 AFC Champions League - namely Persepolis, Esteghlal, Sepahan, and Shahr Khodro - along with Mehdi Alinejhad, Deputy Minister of Sport and Youth, and Ibrahim Shakouri, Acting Secretary General of The Football Federation of the Islamic Republic of Iran (FFIRI), met with AFC Secretary General Dato 'Windsor John at the Asian Football Confederation's headquarters in Malaysia to change the AFC's decision to move matches out of Iran.

The governing body of soccer in Asia cited “security concerns” in explaining why the Iranian sides were denied their hosting rights.

Following the Iranians' appeal against the decision, the AFC suggested that home group-stage matches on matchday one, two and three involving Iranian clubs would be switched to away fixtures “to allow time to reassess the security concerns in the country”.

This vote again prompted an objection from the Iranian teams and the managers of the clubs decided to meet AFC senior officials. After the aforementioned meeting with the AFC Secretary General in Malaysia, the Iranian delegation proudly and loudly spoke of a "big victory" in their negotiations and claimed that the AFC had removed the "security concerns" requirement and that the second leg matches of the Iranian team at 2020 AFC Champions League will definitely be played on Iranian soil.

However, in the latest issue of AFC Magazine which includes updated information about all the teams participating for the 2020 AFC Champions League group stage, the place of home matches of the Iranian teams is still unknown, something that contradicts the claims made by the Ministry of Sport and Youth of Iran and the General Managers of the four Iranian clubs.