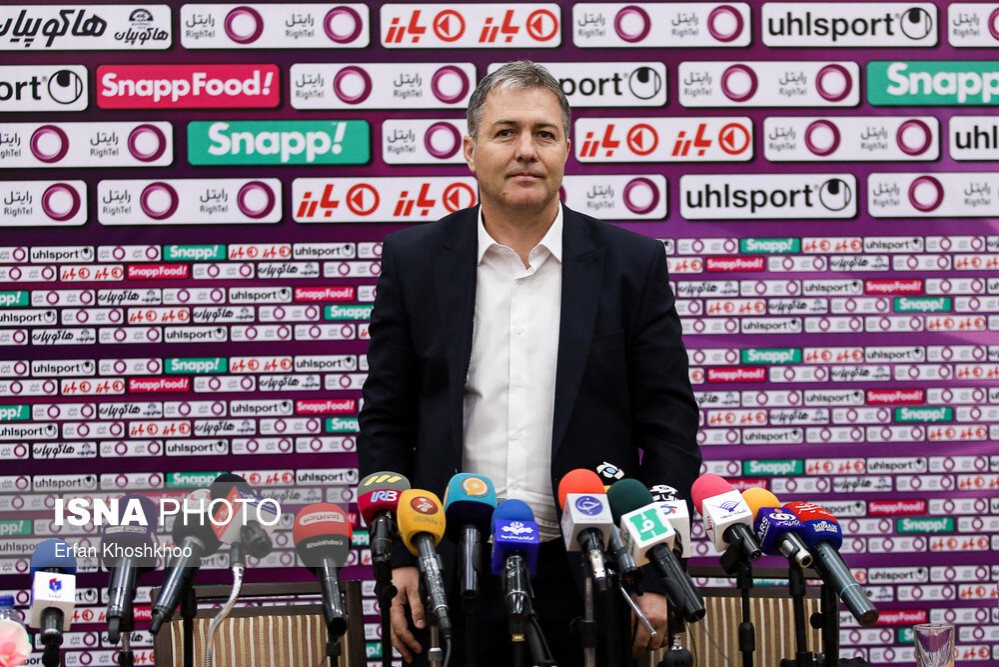 The 51-year-old Croat was appointed as Team Melli coach last week as a replacement for Belgian coach Marc Wilmots who left Iran in early December.

Iran will entertain Hong Kong on March 26 in Tehran and meet Cambodia five days later in an away match. The Persians will face Bahrain and Iraq on June 4 and 9, respectively in Tehran.

Iran sit five points behind leaders Iraq in Group C but having played one game fewer.

“First of all, I would like to say it’s a great honor for me to be appointed as Iran coach. I have good knowledge of the Iranian football and players and want to bring an injection of positive energy, something the team and players desperately need. We want to celebrate qualifying for the World Cup for the sixth time, that’s why I am here,” Skocic said in his first news conference on Saturday.

“I think Team Melli are not on the right track and I want to change the situation. From now on, I will be in contact with the clubs 24 hours a day to reach our goal. I am familiar with the Iranian players and know the way they think,” he added.

“I will concentrate on my job and do my best to help Team Melli back on track. The team need more organization but all of us must help the team advance to the next stage. I am not here for personal gain and if Team Melli qualify for the 2022 World Cup, it will a big honor for all of us.

“The door is open for any player and the best players will be invited to the national team – no matter which club they play,” Skocic said.

“I am a hyperactive coach and like attacking football but we also are ready to play defensive football. Before that, we need good relationship between the players and coaching staff. The good relationships will help boost team morale and improve collaboration at work,” former Sanat Naft added.

“I'd rather have quality over quantity in my team. I know that Team Melli have weak points and will try to fix them. Our short-term goal is winning a place in the 2022 World Cup and keep working hard to reach that. I am here for five years and know the Iranian people well. We will need their support to make it happen,” Skocic concluded.