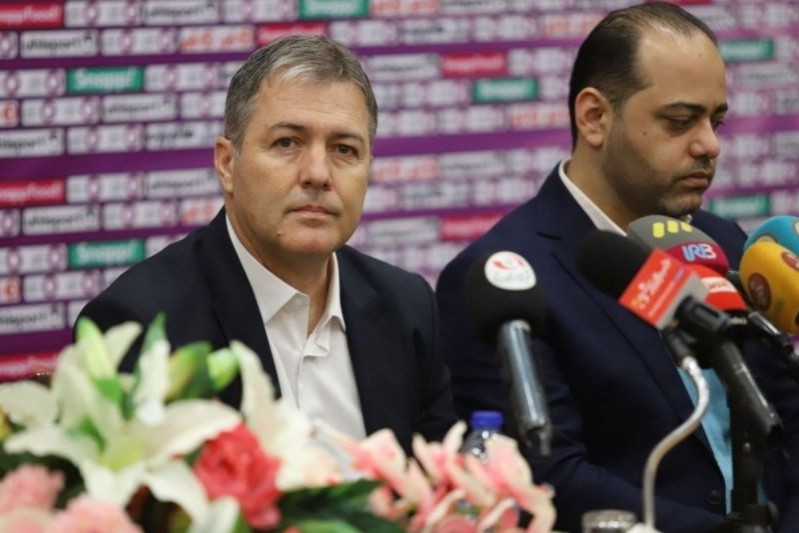 Tehran Times - After days of openly pursuing replacements, Dragan Skocic was finally appointed as the head coach of Iran football national team and it’s time for a unity ticket to support Team Melli.

During that time there were many names of Iranian coaches shortlisted for the Iranian national team hotseat. Among them Amir Ghalenoei and Ali Daei, both of whom had expressed their desire to coach Team Melli, were so close to signing a contract with the Football Federation Islamic Republic of Iran (FFIRI).

However, Iran football federation did a U-turn and selected a foreign coach, namely Dragan Skocic. The federation senior officials said that the negotiation with the Iranian coaches failed and Skocic was the best possible option for leading the national team in the current situation.

Skocic, 51, has replaced Marc Wilmots who left Team Melli in early December. FFIRI has been heavily criticized for the way Wilmots parted away with the Iranian national team. The Belgian coach left his role, just seven months after replacing Carlos Queiroz at the helm of the three-time Asian champions.

While Wilmots was selected to get the Iranian team to the World Cup 2022, the Belgian struggled to make any sort of meaningful impact on the team’s performance and they lost back-to-back games against Bahrain and Iraq in the 2022 World Cup qualification and now the national team are in danger of being eliminated from the 22nd edition of the 2022 FIFA World Cup.

After the appointment of Skocic, the Iranian media and football experts have intensified pressures on the Iranian federation because they believe that the new coach is not the right one, and is not selected in the right way.

FFIRI had contemplated a series of other names, including ex-international Vahid Hashemian and the former Persepolis coach Branko Ivankovic. Almost a dozen managers had been connected to the national team as rumors circulated. The impression was of a federation not sure which way to turn.

Despite all criticism, newly-appointed coach tried to talk positively in his first official press conference and said that Iran national football team need to feel the energy in a positive way to book a place at the 2022 FIFA World Cup qualification third round.

For Dragan Skocic, there is excitement. Aged 51, this is the job he most covets. A former coach of Foolad and Sanat Naft, Skocic led the latter to top positions at the Iran Professional League (IPL) this season and were judged to have played beautiful football with the Abadan-based team. The former Croatian player is committed to a style based on possession and technique, although ready to play defensive football whenever possible.

It’s time for a unity ticket to support Team Melli and their new head coach for being successful in the way ahead. This team needs the support of fans, experts, media and authorities to make it happen.