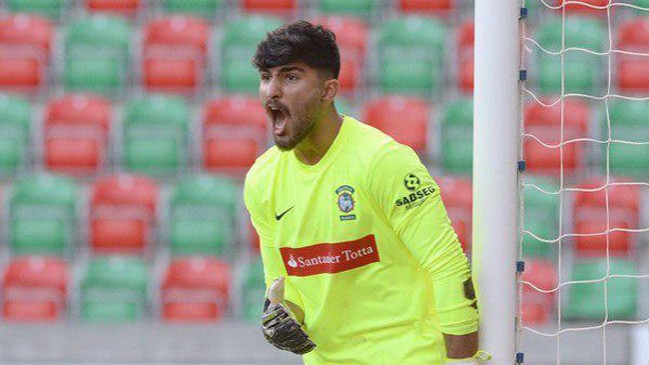 PortuGoal - Amir Abedzadeh has had quite a football journey. Still only 26 years old, the Marítimo goalkeeper’s insistence on “chasing my dream” saw him try his luck in England and the United States of America, as well as his home country, before finding consistent top-level football in Madeira.

Speaking to PortuGOAL, Amir talks about life on the island known as The Pearl of the Atlantic, working with José Gomes, going to the World Cup under the orders of Carlos Queiroz, fellow Iranians also making a name for themselves in Portuguese football and his ambitions in the game.

Before coming to Portugal you played in Iran, England and the United States. What made you decide to come to Portugal?

My dream and my plan were to play in Europe, no matter what it took and I was prepared for the journey to be unpredictable. I had an amazing experience in England, the US, and Iran. However, during my time in Iran, I knew I had to go to Europe. I didn’t know how I was going to get there and I didn’t know that I would start in Portugal.

However, looking back at it, I remember one training session while playing at Persepolis, I was talking to a fellow goalkeeper, Nilson Junior (former Vitória Guimarães, Moreirense and União de Madeira goalkeeper). I told him I would love to play in Portugal and I would ask him questions about the talent level, quality, and what life was like there. Ironically enough, a few years later, I came to Portugal through a friend who was playing in the second league and he connected me with his agent. That is how I started my journey in Portugal and I always knew I would come to a top-level league, it was an opportunity for me to start somewhere with great competition and talent. 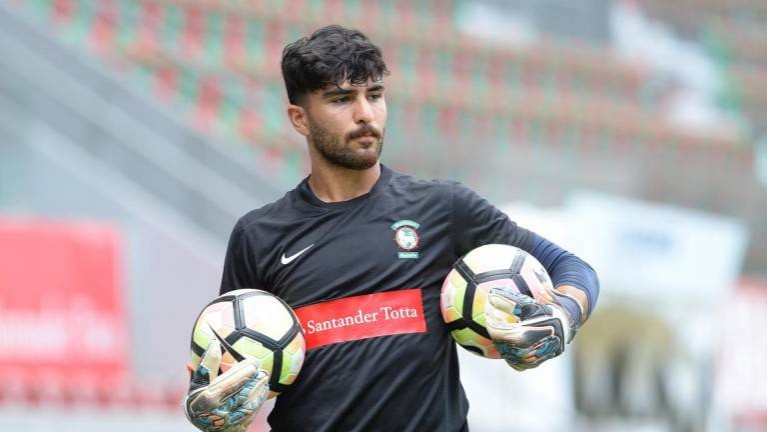 Did you know much about Portugal, Madeira or Portuguese football before arriving at Marítimo?

Marítimo was actually the first team I saw playing in-person when they played in Lisbon. I knew the team and I had knowledge that I was going to a really great team with an amazing history behind it. But, I didn’t know anything about Madeira. Truthfully, I didn’t know this island existed and was amazed by how beautiful and remarkable it is. Once I landed, I told myself that moving forward there wasn’t any reason for excuses and I have an opportunity to prove that I’m able to play at the highest level in one of the top leagues in Europe. Since then, all I’m focused on is putting in the work every day and trying to improve myself while I chase my dreams.

How have you adapted to life in general in Portugal: the language, the food, the people, life in Madeira?

Well, since it isn’t my first time living alone and away from my family, I haven’t felt any struggles, to be honest. I love the adventure. The people are incredibly friendly and helpful, the food is delicious, making it an easy transition. But, the language has always been the hardest part. I think Portuguese is one of the hardest languages to learn, very easy to understand, but very difficult to speak with the proper grammar and accent. My teammates and colleagues tell me that my Portuguese is really good and I’ve had a few interviews in Portuguese, but I expect more from myself since I’ve been living here for 3 years. Overall, this is an amazing country and Madeira is an amazing place to live. Also, it is a place I consider living after my career is finished. 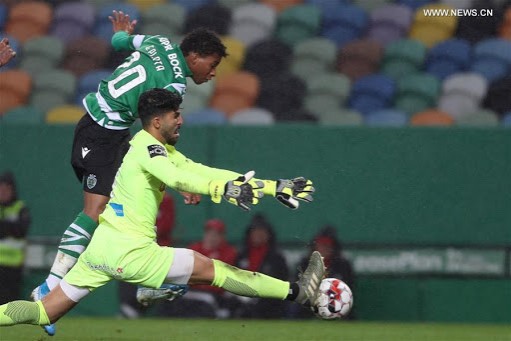 In three seasons you have been competing with Brazilian Charles Silva, another excellent goalkeeper, for the starting spot at Marítimo. What is you relationship like with Charles?

First and foremost, I respect all my teammates and I believe everyone wants one thing: Marítimo’s success. I love the competition and I love to compete. It is a primary factor in a player's desire to improve and pushes them to do better. This results in the team doing better, so I’m grateful for all the opportunities to compete during my career.

I’m always trying to learn from all keepers. I watch game film, highlights, and use Wyscout to see what I can learn from other keepers. I believe this way of thinking can help anyone. My goal is to be better than who I was yesterday and eventually become the best version of myself.

Results picked up when José Gomes was appointed new Marítimo manager in November, but recent results have seen Marítimo fall down the table. How do you explain the inconsistency?

We are all very grateful to be working with a top-quality coach. I really believe Marítimo is playing the best football since I joined the club. We are playing with more joy and we can sense the same feeling from our fans in the stadium. Personally, I’ve learned a lot from him since the first day he arrived. I know we have experienced ups and downs, but sometimes football can be like that. This has happened to the top teams of the league, as well. We lost points with individual mistakes and sometimes unjust endings to games with decisions that were beyond our control. However, we need to all take responsibility and learn from those mistakes in order to improve. We are all committed to go back to our good form and collect points to make our supporters happy by overcoming this phase of inconsistency. 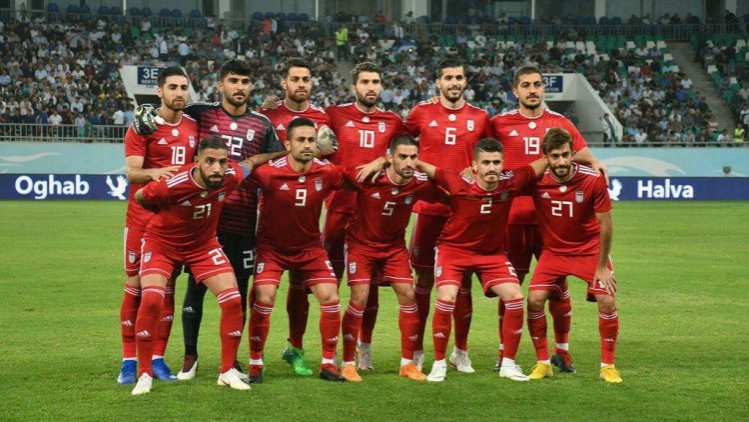 Marítimo have had an up and down season, but personally you have been in excellent form this year and have been the undisputed number one since September. Do you feel you have improved your game during your time in Portugal?

Definitely, I believe there is no staying in one place; you’re either improving or regressing. I’ve learned a lot from my mistakes and turned my weaknesses to strengths by adding more aspects to my game, physically and mentally. I’m looking forward to doing way more than I’ve done to this point and help my team as best as I can.

You are one of just a few players who have gone to a World Cup. Describe the experience of Russia 2018.

It was an amazing experience. The atmosphere, the vibe, the attention — it was remarkable. More importantly, it was a great honor to represent my country and very proud to be the first player from Marítimo to be at the World Cup.

At this moment, my focus is on the next World Cup and I’m doing my absolute best to be able to help my team in 2022 when the competition is in Qatar. 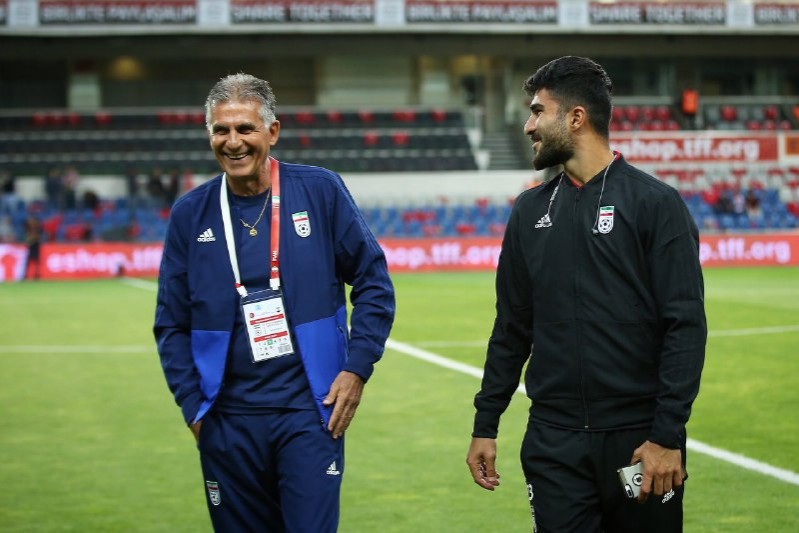 How do you assess the work of Carlos Queiroz as Iran coach? What was it like working with him?

He is a true gentleman with a high volume of knowledge and a calmness about him. He maintained different energy and will be missed by all Iranians after 8 years of leading the National Team. He left a big impact on Iranian football. Carlos Queiroz created a new image and raised the expectations, as you saw his successor wasn’t able to continue his consistency. Personally, I’m very grateful to have had a chance to be his student. Without question, I learned a lot from him.

In the past there were no Iranian footballers in Portugal, but now, as well as yourself, we have Mehdi Taremi at Rio Ave and Mehrdad Mohammadi at Desportivo das Aves (all three of whom have had excellent seasons at individual level). Why do you think this has happened? Do you speak with Mehdi and Mehrdad?

I’m proud that after 3 seasons of being the only Iranian player in a top league, that we have more Iranians present. Both Mehdi and Mehrdad have been my teammates, both of them are great individuals who are doing their best for their teams. Ultimately, we are all trying our best to be good representatives of our country in this league. 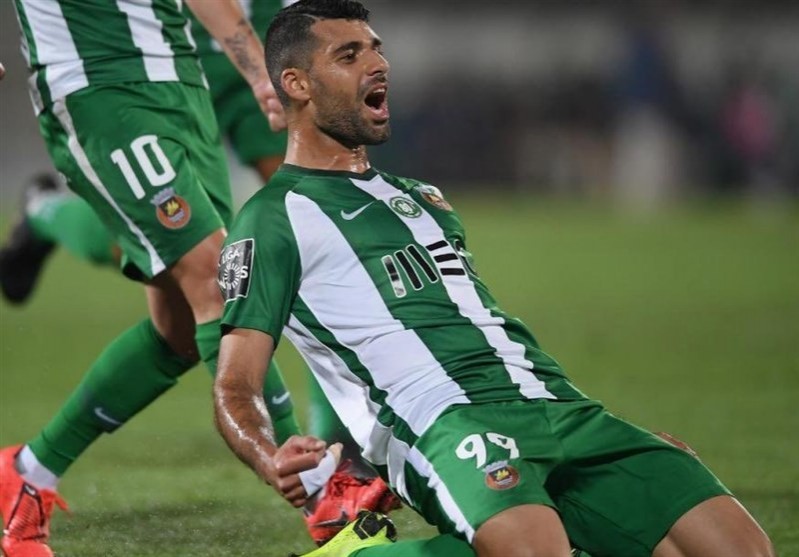 Rio Ave coach Carlos Carvalhal said earlier in the season: “with all due respect to Rio Ave and Portuguese football, Taremi is too good for this league and will soon be on a bigger stage.” Do you agree with Carvalhal? How far can Taremi go?

I believe to reach the top or the next level, a player must maintain a strong self-belief. I want the best for all my teammates from the Iranian National Team and Marítimo. I enjoy seeing my peers achieve great things, as it continues to motivate me to continue accomplishing more on my path.

Also, it gives me another example of what is possible. I believe no matter what anyone says or thinks of any player, it all comes down to what is within that person. I pray with all my heart for all my teammates to make it to the top.

What are your ambitions in Portugal and in the game?

I have big goals and dreams that I visualize every day. I believe I can reach them. My focus is always on how I can improve myself daily. Sooner or later, I know that my mindset will put me in a position to achieve my goals. In the past, I would discuss my goals in detail. Specifically, I would mention what they are and how I’m going to get there. However, I believe now is more about executing and doing. As my focus is locked on improving, I know that maintaining the right beliefs and patience will put me in a position to enjoy the journey, as I work hard towards those goals.