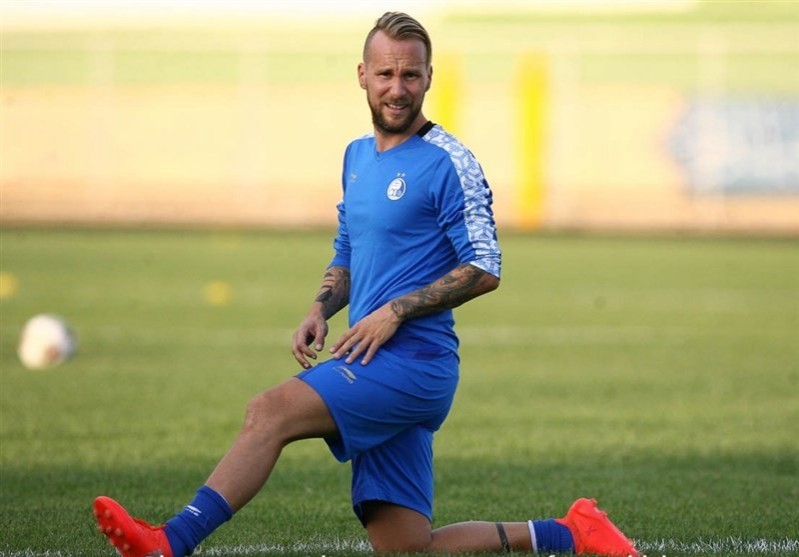 He joined Esteghlal on July 31, 2018 on a two-year contract but was released by the team at his request after just playing eight matches for it.

In an interview with spox.com, the 34-year-old midfielder talked about his former club.

“I was immediately overwhelmed by the amount of Esteghlal’s fans. The club has 40 million fans and between 80,000 and 90,000 spectators attended home games. It was almost like you play for FC Barcelona,” Neumayr said.

“Everyone knew me in the city. Maybe I was the only blonde in the whole country. It was actually impossible for me to go to a restaurant or walk through the city. It’s normal there the fans ask you to take a picture and in the beginning it was difficult to deal with but I got used to it, he added.