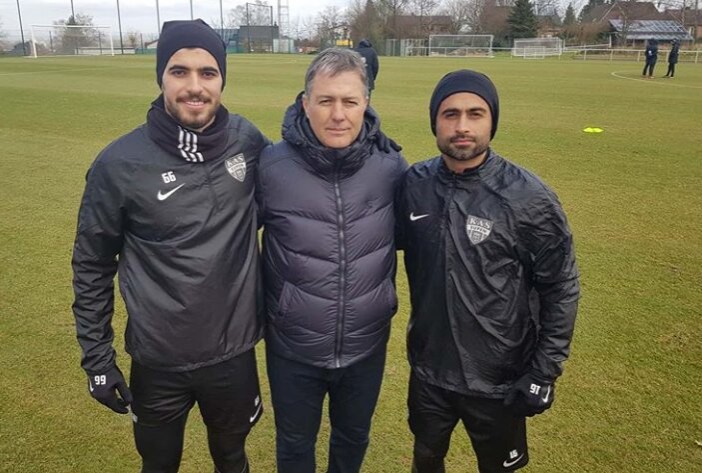 The Croatian coach, who replaced Marc Wilmots in early February, has a difficult task ahead. After back-to-back appearances in 2014 and 2018, the aim now is to secure a third consecutive participation for the first time.

Iran have reached the World Cup on five occasions.

“Since the competitions were postponed due to coronavirus, I have been in touch with Iran players. I also met some players in person,” Skocic said in an interview with state-run TV.

“I’ve watched the last 40 matches of Iran national team and I also review 100 Iran league matches in the time I should be in Croatia. I will analyze the matches and there will be some changes in our team with the aim of strengthening the team,” the Croat stated.

“We want to bring the winning mentality into the team because we have a big chance of qualifying for the next stage. The winning spirit will help us to make it happen,” Skocic went on to say.

Skocic opens door for all players who have Iranian passport to play in their national team.

“Every player has an equal chance of playing in the national team. There is no difference between the players who play abroad and those who are in Iran. We will invite the best players regardless of where they play,” the former Sanat Naft coach added.

He praised the Iranian players, saying they tend to play attacking football.

“Football is in Iranian players’ blood and we will play attacking football in the future. It was like watching a drama movie when Wilmots’s team were playing but I like action movies,” Skocic said.

Skocic said two more coaches will be added to the coaching staff.

“Vahid Hashemian was under contract with Iran and we also wanted Karim Bagheri to join us. Now, two more coaches will be added to the team. Goalkeeping coach Mladen Zganjer and Anton Usnik will be the team’s new assistants,” he said.