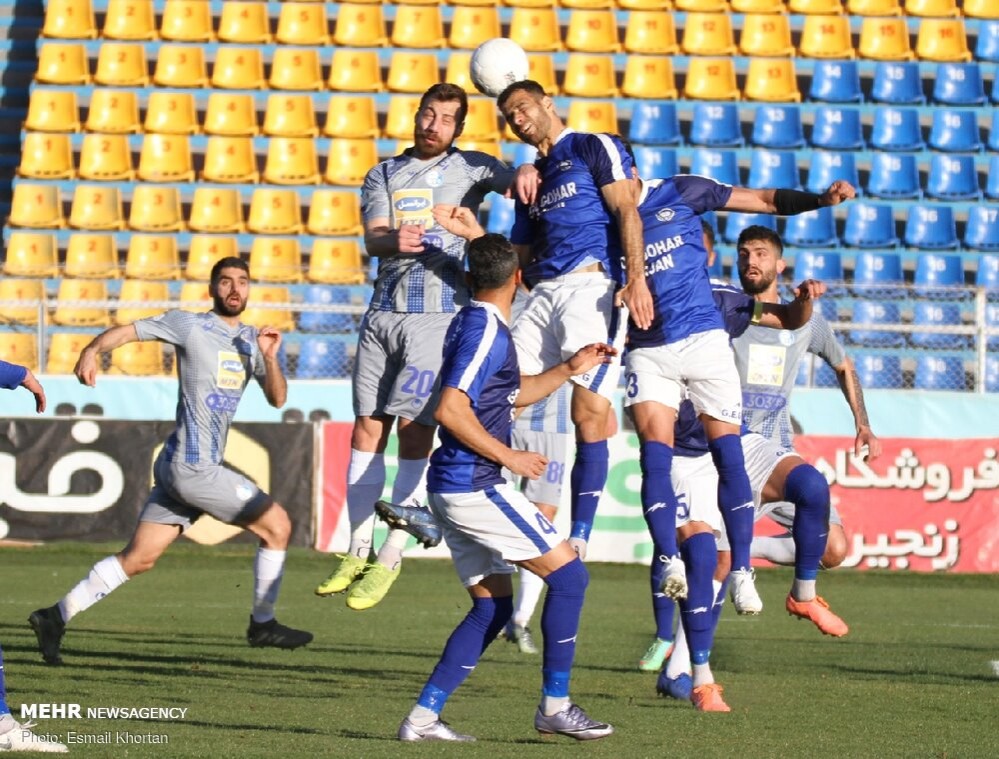 Tehran Times - While the Iranian football chiefs are still considering how to conclude football leagues’ season, most of the experts believe that continuing the matches are the best way possible.

The death counts from coronavirus pandemic vary in different countries around the world. Countries have taken vastly different measures to stop the spread of the virus.

Some, have mandated complete lockdown and others are planning a cautious reopening for jobs and events such as sports tournaments and competitions, including football.

Plans are taking shape for football to return but the point that crosses everyone’s mind is the aftermath of the decision.

Iran Professional League (IPL) chiefs are considering ways to complete the 2019-20 season in a safe and secure way without endangering anyone’s life due to the risk of infection.

Some European football leagues such as France, Netherland and, Belgium have taken a decision about the fate of the league matches.

In France, they decided to cancel the Ligue 1 season and Paris saint-German have been crowned champions. The French government has banned all team sports until at least September and the country’s football organizers concluded that finishing the league was the best thing to do at the moment.

PSG had a 12-point lead at the top of Ligue 1 table with 11 matches left to play when it was suspended as part of measures to contain the spread of COVID-19.

In Netherland, they also have ended their season but decided against splitting Ajax and AZ Alkmaar who were level on points at the top, thus awarding no title this season.

The German Bundesliga had initial plans to restart on May 9, however, the decision has been put back for safety consideration.

The Football Federation of the Islamic Republic of Iran (FFIRI) wants to try and complete the season and that is their first priority.

The League Organization’s officials are waiting for a mandate from the Coronavirus Combat and Prevention Headquarters to announce their plan for resuming the league.

Sporting activities across the world have come to a grinding halt due to COVID-19 pandemic which has claimed more than 234000 lives and infected around 3,308,000 people so far.

In Iran, there are various opinions about the start or cancellation of the Iranian league, most of them have just focused on the IPL -the highest level of the Iranian football competitions – and ignored the lower leagues.

During recent days, Tehran Times has asked some Iranian football experts how the football season should be concluded with most of them saying the season should be finished off as soon as the situation is safe for everyone.

Majid Jalali, head coach of Gol Gohar Sirjan Football Club, believes that there is no other way but to resume the Iran Professional League (IPL) matches: “Anything other than that requires making tough decisions,” he said in his interview with Tehran Times.

Taking tough and complicated decisions is an important point to consider when it comes to determine the champions of each league, the AFC Champions League spots, the teams who relegate to lower leagues and the ones that promote to a higher division.

The IPL is yet to reveal how it plans to finish its season after being halted due to coronavirus, with Persepolis sitting 10 points clear at the top with nine games remaining. But it seems that continuing the matches in a safe situation, subject to government approval, would be the best solution.