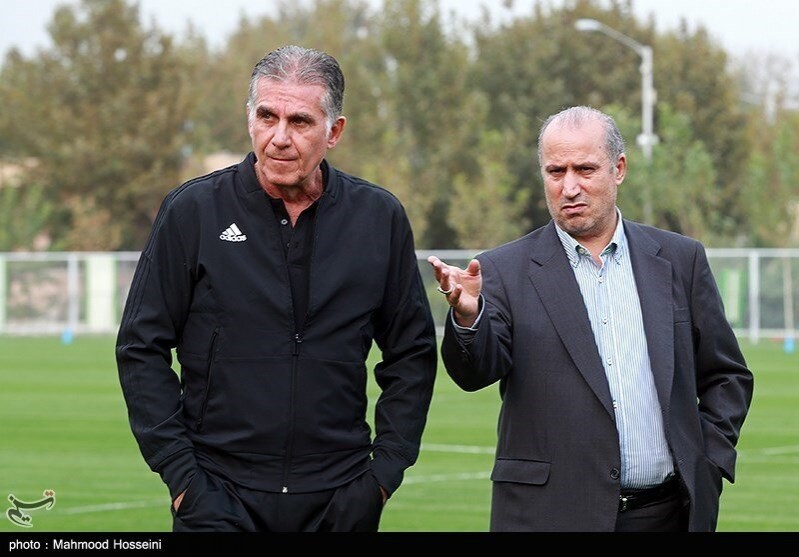 According to a clause in the coach’s contract, he should have been awarded 200,000 bonus if Team Melli had finished third in the 2019 AFC Asian Cup.

Iran failed to book a place in the competition’s final after being defeated by Japan 3-0 and for the first time there was not third place play-off, but FIFA has ordered the Iranian side to pay the abovementioned money to Queiroz.

The football federation, now, is going to lodge a complaint to Court of Arbitration for Sport (CAS) because Team Iran didn’t win a bronze medal in the UAE.

In an exclusive interview with Tehran Times, Queiroz has criticized Mehdi Taj who stepped down from his role in late December due to the heart problems.

“The present general secretary of Iran Football Federation, Mr. Nabi, is one of top executive members along with President Kafashian that agreed and signed the words of my first contractual agreement with Iran federation, more than eight years ago,” Queiroz said.

“My second contract with Mr. Taj, as head of Iran Football Federation, was just a copy of the same words and same good faith agreed with gentleman Dr. Eslamian and Mr. Saket.

“Unfortunately, when you face and deal with fake people with no character and ethics, you cannot expect nothing different. But CAS is an independent, respectable and reliable institution. CAS is not one of those instruments that the ex-president of the Football Federation used in the past to intimidate and create fear among his own players and staff,” Queiroz added.

“To spend time and money at CAS with files against Carlos Queiroz is just one way that they choose to divert attention from the really problem they must investigate, the contract agreement with the last Team Melli Manager (Marc Wilmots),” he concluded.