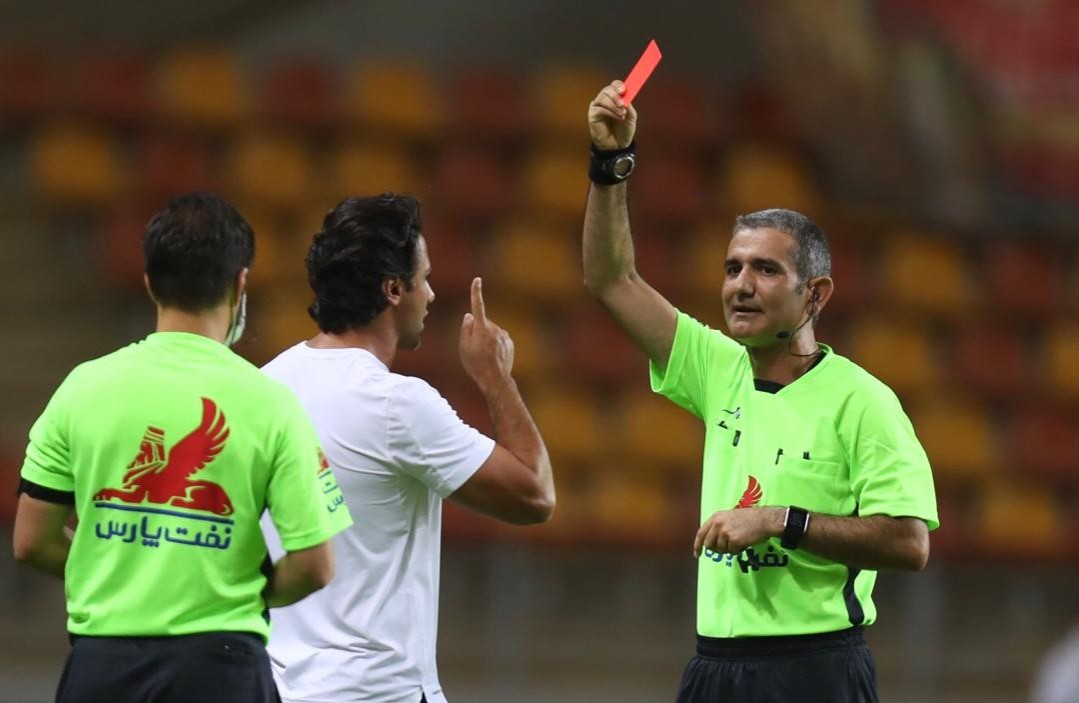 Tehran Times - It is the norm nowadays in the Iranian football to see a player or manager screaming expletives at an official's face with no action taken against them.

The match was the first to be played in Iran since the coronavirus pandemic halted the season in March and took place behind closed doors.

The game, however, was met with controversy as three red cards for Esteghlal, including two for players and one for the Blues’ head coach, Farhad Majidi, led the Tehran-based team to finish the game with two fewer players and a bitter loss.

Esteghlal midfielder Ali Karimi was shown a straight red card just before the break for elbowing the Foolad player.

Farhad Majidi who was left unhappy on the decision of the referee, Mehdi Seyed Ali, went onto the pitch and strongly protested the decision and was shown a red card.

Majidi looked overly frustrated at missing out on three valuable points in their fight to climb up the table.

Esteghlal defender Aref Gholami also was sent off in the 65th minute after receiving his second yellow card.

Esteghlal lost their concentration towards the end of the second half after the incidents and eventually suffered a defeat in a crucial away game.

Following the game, Esteghlal club, in a statement, criticized the referee and threatened the league organization to withdraw from the league.

Respect for the match officials’ decisions is an issue that is emphasized in FIFA rules and must be followed by all coaches and players.

The integrity of the Laws, and the referees who apply them, must always be protected and respected. All those in authority, especially coaches and team captains, have a clear responsibility to the game to respect the match officials and their decisions.

But in recent years in Iranian football, objections against refereeing decisions have increased dramatically. Players, coaching staff and even the managers of the team argue with the match officials in an unpleasant way during the match and even continue to criticize them in the media in the following days.

Some managers even start their mind games in the press before a ball has been kicked. It conveniently deflects attention from their own shortcomings or acceptance of losses.

The lack of decisive disciplinary action in recent years against such behaviors has led to an increase of on-field objections in every Iranian football season. It seems that the Disciplinary Committee of the Iranian Football Federation should take serious measures in this regard.