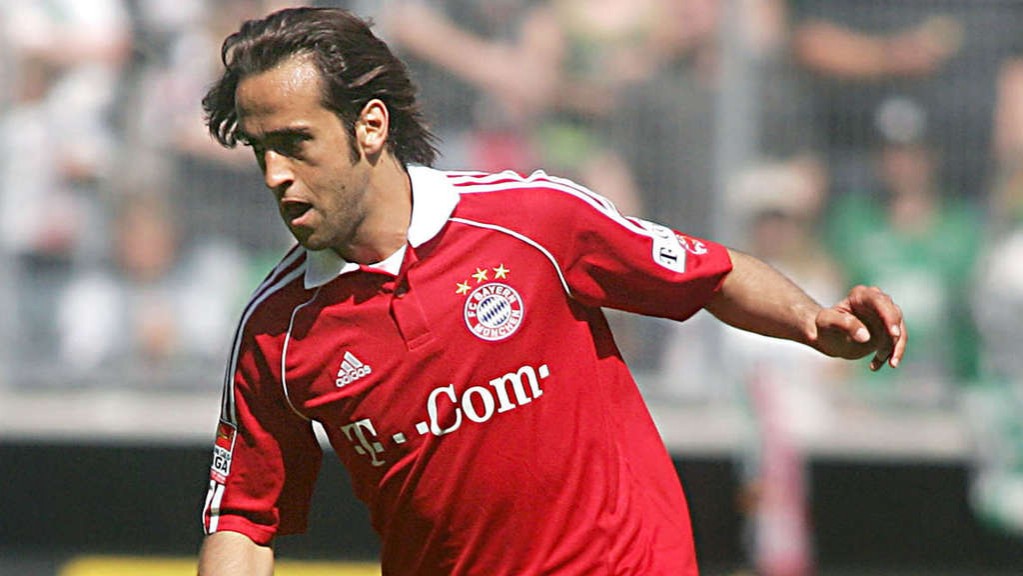 PunditFeed- Although he wasn’t the first Iranian player to try his luck in the Bundesliga with Bayern Munich, Ali Karimi is probably the most renowned. A professional career lasting almost 20 years played out in four countries at a variety of clubs, resulted in Karimi becoming one of Iranian football’s best-known exports.

Born in Karaj, Iran, in 1978, Karimi signed his first professional contract for Iranian second flight club, Fath Tehran, where he spent two years. A transfer to Persepolis, the top side in Iran, ensued in 1998 and the domestic double was won the following season. By this time, Karimi had already won the first of 127 caps for Iran in what was to prove a fourteen-year international career.

An attacking midfielder usually, Karimi was an aggressive ball-winner who contributed to the score sheet regularly. Not especially tall or strongly built, Karimi was nevertheless noted for his strength on the ball intertwined with his stamina. A player who could be deployed playing just off the front two or a little deeper, Karimi was known for his sense of timing and his ability to find space. It was these attributes that contributed to his more than healthy goalscoring record over his career. 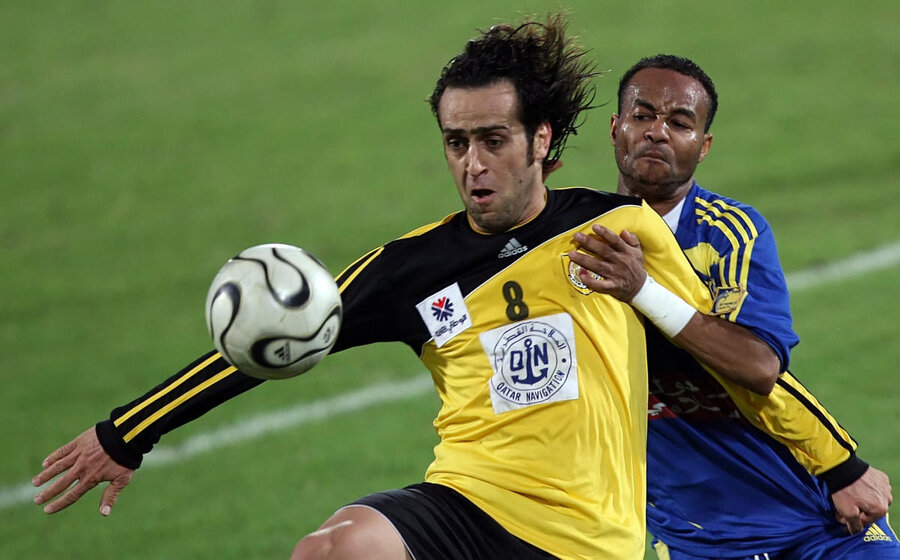 After three years with Persepolis, Karimi was ready to move on. A transfer abroad was the preferred option and after a trial with Perugia Calcio proved unsuccessful, Karimi signed for United Arab Emirates side Al-Ahli. In four seasons at the club, Karimi contributed to Al-Ahli twice winning the UAE Cup.

In October 2004, Iran played host to Germany in an international friendly. Although Iran were defeated by two goals to nil, Karimi played well and his performance didn’t go unnoticed. The following May, Bundesliga giants, Bayern Munich, announced the signing of Karimi despite reservations in some quarters regarding Karimi’s fitness.

Karimi was to play more than forty times for the Bavarian giants over the next two seasons, and although he only scored a handful of goals, he contributed to a Bundesliga and German Cup success in 2006.

After two years in Germany, Karimi was on the move again – this time to Qatar Sports Club, where he was to play a single season. Next was a move back to Persepolis in Iran. The move didn’t prove to be particularly successful the second time around and Karimi’s time back at the club was to end in acrimony after only a year when a dispute over his contract resulted in him being transferred to Steel Azin.

Two relatively successful seasons ensued with Karimi contributing regularly from midfield. Once again, however, Karimi’s time at the club wasn’t without controversy and in August 2010 he was reportedly sacked by the club for allegedly breaking the rules of the fasting month of Ramadan. After agreeing to pay a fine, Karimi was reinstated but was to last only a further six months at the club. 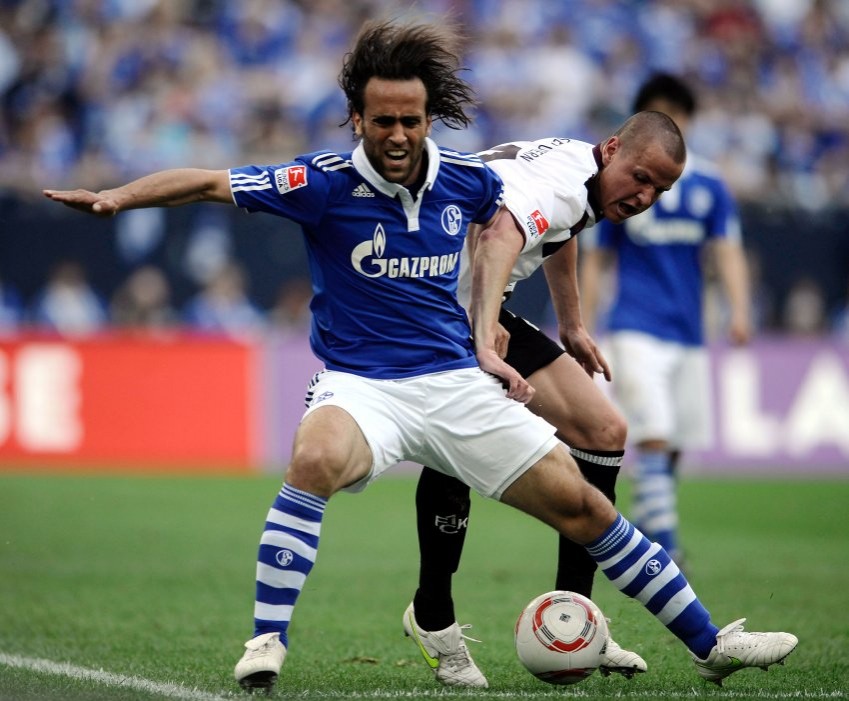 In January 2011, Karimi signed a short-term deal back in the Bundesliga with Schalke 04 until the end of the season. However, he was to make only two appearances.

A further return to Persepolis followed, where Karimi made another 50 appearances over the next two seasons, scoring at a rate of almost one goal every three games. By now his career was winding down and after a further season with Tractor Sazi, Karimi retired in the summer of 2014 after helping his club with the Iranian Cup.

His international career spanned fourteen years and 127 caps with 38 goals and took in the World Cup final stages of 2006 and the qualification stages of the 2002, 2010 and 2014 versions. He also won the Asian Games in 1998 and finished in third place in 2004. Almost inevitably his time with the national side had its moments of strife. He was dropped in May 2008 for criticising the Iranian FA, the IRIFF, and only reinstated after personal intervention from the Iranian Prime Minister.

In 2009 in a match against South Korea, Karimi was one of several players who wore green wristbands in the game. Seen to be a symbol of alignment with the opposition party of Iran, Karimi and his teammates were supposedly banned for life by the Iranian FA before intervention from FIFA once more led to the IRIFF backtracking. 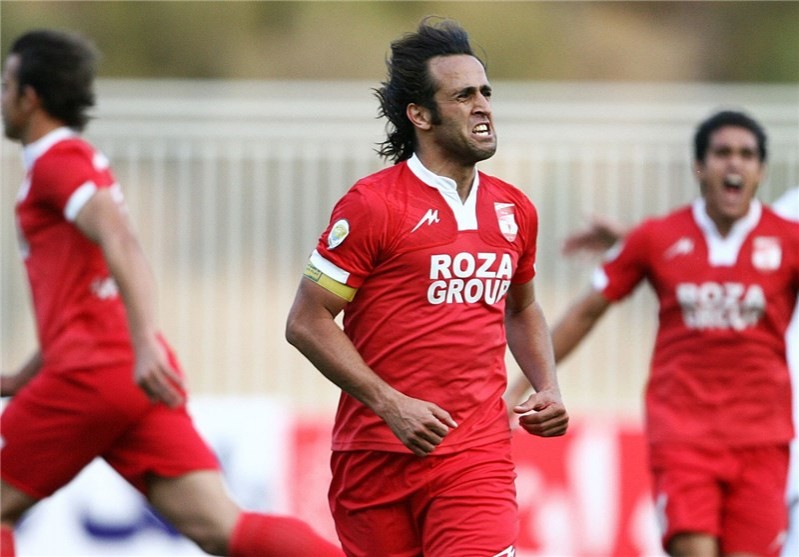 Since his retirement from playing in 2014, Karimi has made a name for himself in management and coaching, including a spell as Carlos Queiroz’s assistant for the national team.

The Asian Footballer of the Year in 2004 and runner-up in 2012, Karimi is rightly remembered as one of the nation’s best-ever players and thanks largely to his spells in the Bundesliga he helped raise the profile of Iranian and Asian football in general.