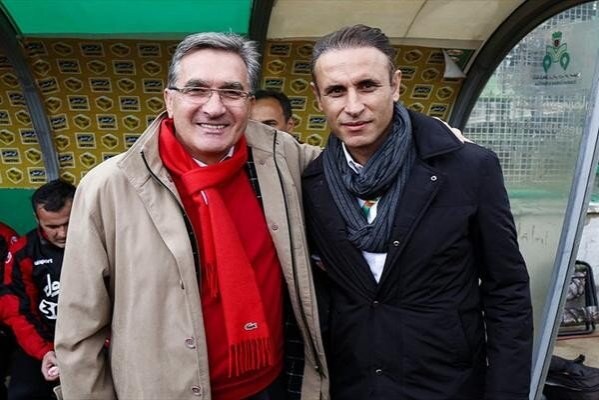 Tehran Times - Branko Ivankovic, former head coach of Persepolis football club, says that defending the title at the Iran Professional League (IPL) for the fourth straight season was an exceptional and challenging task that the Reds managed to do.

Persepolis are so close to winning the IPL title as they are 15 points ahead at the top of the table, with five weeks remaining. The Reds will be champions with a match against Naft Masjed Soleyman on Friday.

Branko, the current head coach of Oman national team, was a revelation at Persepolis in his four seasons at the club, winning three consecutive IPL league, and seven titles in all competitions. Many people consider him as the creator of the Persepolis Dream Team.

"Wherever I’ve worked, I’ve tried to leave my mark so that the next coach who comes after me can succeed with a good team that he already has," Ivankovic said.

The 66-year-old manager, in an interview with Iran-e Varzeshi, offered his congratulation to the Persepolis fans and the club for their early title-winning. He also hailed Persepolis head coach, Yahya Golmohammadi, his former player at the Iran national team.

"Yahya is an outstanding coach. I've worked with him, and he was one of my best players," Branko said. "Now, as a manager, he has been working very well for several years and is one of the key factors in Persepolis's success. So, a special congratulations to Yahya. He is one of the best Iranian football coaches and has a bright future ahead. The coaches such as Yahya, will shape the future of a country's football as well," He added.

The much-decorated Croatian coach, who is currently in his home town in Croatia due to coronavirus pandemic and flight restrictions, praised the character of the current squad of Persepolis.

"Winning four consecutive league title is special and extraordinary. It shows a team of high character, and I hope that the success of Persepolis will continue in the future," Ivankovic stated.