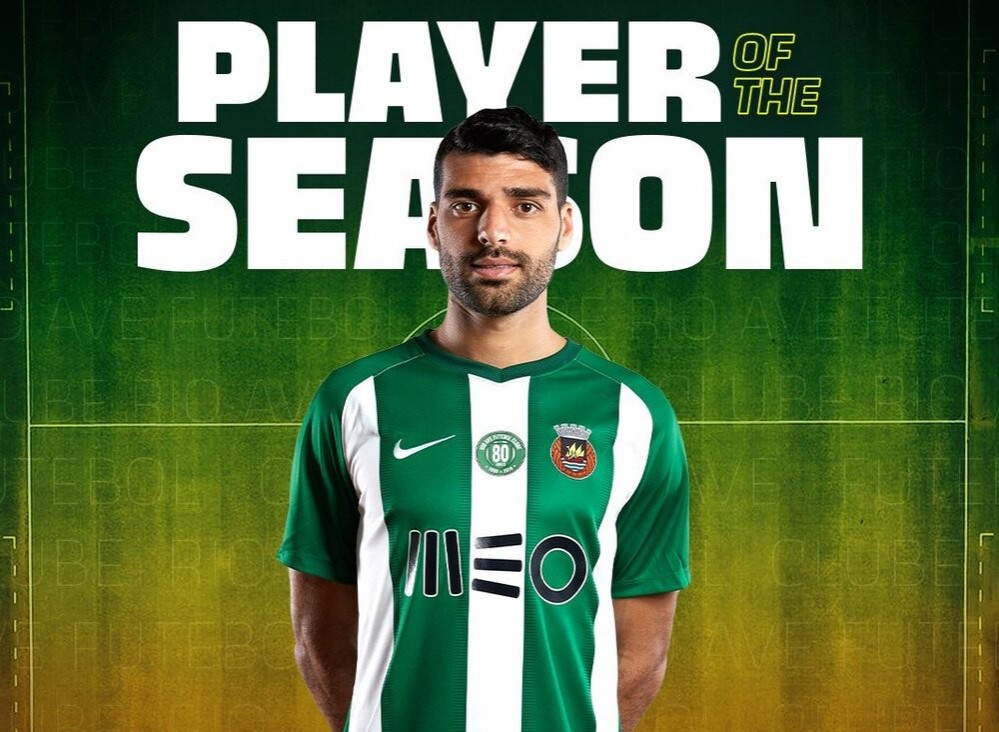 Tehran Times - Mehdi Taremi has been named the Portuguese club Rio Ave’s “Player of the Year” for the 2019-2020 Primeira Liga.

The Iranian forward, 28, was the outstanding player in the frontline of the northern Portugal team at his first season playing at a European team.

Taremi, who joined Rio Ave at the beginning of the season on a two-year deal, scored 18 goals for the Primeira Liga side and was chosen among the Primeira Liga’s top three goalscorers along with Benfica players Carlos Vinicíus and Pizzi, also netting 18 goals.

With Carlos Carvalhal at the helm, the team played attractive football and they provided a good opportunity for Mehdi Taremi to shine and scored 21 goals for the club in 36 games at all competitions.

Taremi, who joined Rio Ave from Al Gharafa in July 2019, signed a two-year contract with the club. He did not shine at the beginning of the season but little by little, he made a splash and was deservedly voted as the Rio Ave’s player of the season by the club’s fans.